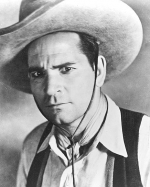 Born Enos Edward Canutt in the Snake River Hills, near Colfax, Washington; he was one of five children of John Lemuel Canutt, a rancher, and Nettie Ellen Stevens. He grew up in eastern Washington on a ranch near Penawawa Creek, founded by his grandfather and operated by his father, who also served a term in the state legislature. His formal education was limited to an elementary school in Green Lake, Washington, then a suburb of Seattle. He gained the education for his life’s work on the family ranch, where he learned to hunt, trap, shoot, and ride.

He broke a vicious wild broncho when only a boy of eleven. As a sixteen-year-old he started bronc riding at the Whitman County Fair held in Colfax in 1912 and age 17 he won the title of “The World’s Best Bronco Buster”. Canutt started rodeo riding professionally and gained a good reputation as a bronc rider, bulldogger and as an all-around cowboy. It was at the 1914 Pendleton Round-Up, Pendleton, Oregon where he got his nickname “Yakima” when a newspaper caption misidentified him. “Yakima Canutt may be the most famous person NOT from Yakima Washington” says Elizabeth Gibson, author of Yakima, Washington. Winning a second place at the 1915 Pendleton Round-Up brought attention from show promoters, who invited him to compete around the country.

During the 1916 rodeo season, he became interested in Kitty Wilks, who had won the Lady’s Bronc-Riding Championship a couple of times. They decided to get married at a show in Kalispell, Montana; he was twenty-one and she was twenty-eight. The marriage was short-lived, and the couple divorced in 1919. While bulldogging in Idaho, Canutt’s mouth and upper lip were torn up very badly by a bull’s horn; but after a dozen or so stitches, Canutt returned to the competition. It wasn’t until a year later that a plastic surgeon could correct the injury.