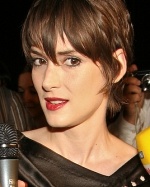 Winona Laura Horowitz, better known under her professional name Winona Ryder, is an American actress. She made her film debut in the 1986 film Lucas. Ryder’s first significant role came in Tim Burton’s Beetlejuice as a goth teenager, which won her critical and commercial recognition. After making various appearances in film and television, Ryder continued her career with the cult film Heathers, a controversial satire of teenage suicide and high school life, which drew Ryder further critical and commercial attention.

After playing diverse roles in numerous well-received films, Ryder won a Golden Globe Award for Best Supporting Actress and an Academy Award nomination in the same category for her role in The Age of Innocence in 1993, as well as another Academy Award nomination for Little Women the following year for Best Actress. In 2000, Ryder received a star on the Walk of Fame in Hollywood, California.

Ryder’s personal life has been widely reported by the media. Her relationship with actor Johnny Depp in the early 1990s was highly publicized and received much scrutiny by the media and tabloid press. A much talked about 2001 shoplifting incident led to a four-year hiatus from acting. She has also revealed her personal struggle with anxiety and depression, briefly checking into a clinic. In 2006, Ryder returned to the screen, and some media outlets called her performance “a remarkable comeback” to acting.

Born Winona Laura Horowitz in Olmsted County, Minnesota, she was named after the nearby city of Winona. She was given her middle name, Laura, because of her parents’ friendship with Aldous Huxley’s wife, Laura Huxley. Her mother, Cynthia Palmer, is an author, as well as a video producer and editor. Her father, Michael Horowitz, is an author, editor, publisher and antiquarian bookseller. Ryder has described herself as Jewish. Her grandparents were immigrants from Russia and Romania; her father’s family was originally named “Tomchin”, but was wrongly assigned the surname “Horowitz” by U.S. immigration officials at Ellis Island. Ryder’s mother is a Buddhist and her father is an atheist. Ryder has one full sibling, a younger brother, Uri, an older half-brother, Jubal, and an older half-sister, Sunyata. Ryder’s family friends included her godfather, LSD guru Timothy Leary, beat poets Allen Ginsberg and Lawrence Ferlinghetti, and science fiction novelist Philip K. Dick.