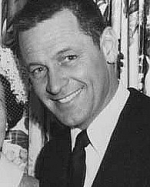 Holden, eldest of three sons, was born as William Franklin Beedle, Jr. in O’Fallon, Illinois, the son of Congregationalist parents Mary Blanche, a schoolteacher, and William Franklin Beedle, Sr., an industrial chemist. The family, which moved to South Pasadena, California when he was three, was of English descent; Holden’s paternal great-grandmother, Rebecca Westfield, was born in England in 1817, while some of his mother’s ancestors emigrated in the 17th century to Millenback, Lancaster County, Virginia in the U.S. from England.

After graduating from South Pasadena High School, Holden attended Pasadena Junior College, where he became involved in local radio plays. Contrary to legend and theatre publicity, he did not study at the Pasadena Playhouse, nor was he discovered in a play there. Rather, he was spotted by a talent scout from Paramount Pictures in 1937 while playing the part of an 80-year-old man, Marie Curie’s father-in-law, in a play at the Playbox, a separate and private theatre owned by Pasadena Playhouse director Gilmor Brown. His first film role was in Prison Farm the following year.

His first starring role was in Golden Boy, in which he played a violinist turned boxer. That was followed by the role of George Gibbs in the film adaptation of Our Town.