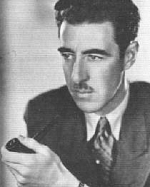 William Beaudine was an American film actor and director. He was one of Hollywood’s most prolific directors, turning out films in remarkable numbers and in a wide variety of genres, earning him the nickname “One Shot” Beaudine.

Born in New York City, Beaudine began his career as an actor in 1909 with American Mutoscope and Biograph Company. He married Marguerite Fleischer in 1914, whom he stayed married to until his death.

In 1915, he was hired as an actor as well as a director by the Kalem Company. He was an assistant to director D.W. Griffith on the films The Birth of a Nation and Intolerance. By the time he was 23, Beaudine had directed his first picture, a short called Almost a King. He would continue to direct shorts exclusively until 1922, when he shifted his efforts into primarily making feature length films.

Beaudine worked as a director of silent films for Goldwyn, Metro, First National Pictures, Principal, and Warner Brothers. In 1926, he made Sparrows, the story of orphans imprisoned in a swamp farm, starring Mary Pickford. Beaudine had at least 30 pictures to his credit before the sound era began.