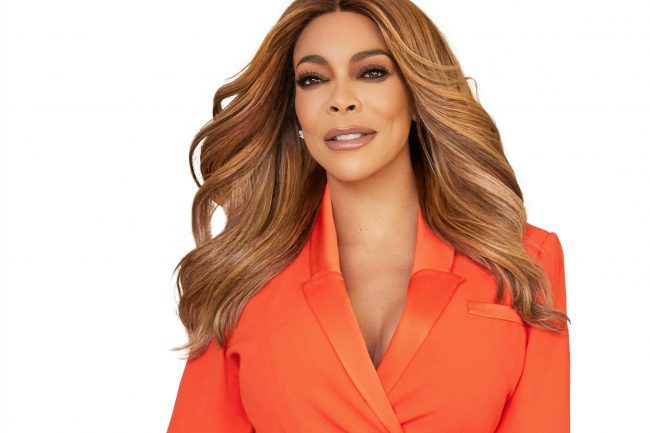 Helping Emcee Rana Ghadban, President & CEO of the Hollywood Chamber of Commerce to unveil the star will be Walk of Famer will be producer Jack Abernathy and radio personality/Walk of Famer Elvis Duran.

Wendy Williams was born in Asbury Park, New Jersey. She is a media mogul, philanthropist, entrepreneur, performer and best-selling author, best known for her nationally syndicated talk show, The Wendy Williams Show. The show which is extended through 2022, has been nominated for multiple daytime Emmy awards, has memorabilia in the Smithsonian Museum, and is broadcast in more than 50 countries. The Wendy Williams Show is produced and distributed by Debmar-Mercury, and averages more than 1.6 million viewers an episode.

The show includes a diverse mix of interviews with celebrity guests from television, film, music, and sports. Both Wendy and the show have earned Daytime Emmy nominations for “Best Talk Show Host” and “Best Entertainment Talk Show.”

Prior to achieving success in daytime television, Williams built a devoted fan base throughout a successful 23-year career in radio, with “The Wendy Williams Experience,” a top-rated daily radio show. Syndicated nationally, it aired on WBLS in New York and was listened to by an audience of more than 12 million people. Williams was inducted into the National Radio Hall of Fame in November of 2009 – one of only a handful of women with that honor.

With TV, Broadway and film performances to her name, Williams is a seasoned performer, both as herself and in character. Her television credits include appearances on NBC’s 30 Rock as herself, competing on Season 12 of ABC’s Dancing With the Stars, hosting Game Show Network’s original series Love Triangle, and appearing as a featured guest on ABC’s One Life to Live and Lifetime’s Drop Dead Diva. She also appeared in the major motion picture Think Like a Man, Think Like A Man Too, and took center stage as “Mama Morton” in the Tony-winning revival of the musical Chicago.

In the spring of 2014, Wendy released her seventh book and first romance novel, Hold Me in Contempt (Harper Collins). The book became a New York Times Best-Seller the first day of its release and sales continue to thrive among her fans.

In recent years, Wendy has also added fashion designer to her resume, becoming a #1 selling brand with HSN through her Wendy Williams collection.

Currently, Williams, with Lifetime Television, is developing and will executive produce a biopic and a documentary on her early days in urban radio to the success of her own syndicated talk show.

Williams is involved with the Hunter Foundation which she founded with her family, that works with charities that to improve the lives of children and families around the country. Her show also regularly develops segments to help those in need.