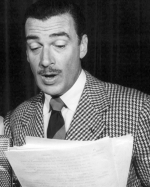 Walter Davis Pidgeon was a Canadian actor who lived most of his adult life in the United States. He starred in many motion pictures, including Mrs. Miniver, The Bad and the Beautiful, Forbidden Planet, Advise and Consent and Funny Girl.

Born in Saint John, New Brunswick, Pidgeon attended local schools, followed by the University of New Brunswick, where he studied law and drama. His university education was interrupted by World War I, and he enlisted in the 65th Battery, Royal Canadian Field Artillery. Pidgeon never saw combat, however, as he was severely injured in an accident. He was crushed between two gun carriages and spent 17 months in a military hospital. Following the war, he moved to Boston, where he worked as a bank runner, at the same time studying voice at the New England Conservatory of Music. He was a classically trained baritone.

Discontented with banking, Pidgeon moved to New York City, where he walked into the office of E. E. Clive, announced that he could act and sing, and said was ready to prove it. After acting on stage for several years, he made his Broadway debut in 1925.

Pidgeon made a number of silent movies in the 1920s. However, he became a huge star with the arrival of talkies, thanks to his singing voice. He starred in extravagant early Technicolor musicals, including The Bride of the Regiment, Sweet Kitty Bellairs, Viennese Nights and Kiss Me Again. He became associated with musicals; however, when the public grew weary of them, his career began to falter. He was relegated to playing secondary roles in films like Saratoga and The Girl of the Golden West. One of his better known roles was in The Dark Command, where he portrayed the villain opposite John Wayne, Claire Trevor, and a young Roy Rogers. 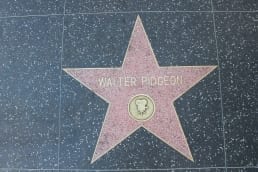