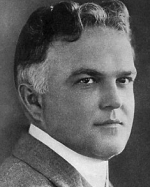 Victor Frederick Moore was an American actor of stage and screen, as well as a comedian, writer, and director.

He was married twice, first to actress Emma Littlefield from 1902 until her death on June 25, 1934, then to Shirley Paige in 1942. The marriage was not announced for a year and a half. At the time of the announcement Moore was 67 years old and Paige was 22. They remained married until Victor Moore’s death 20 years later.

He had 3 children with his first wife: Victor Junior, Ora, and Robert. Victor Moore made his film debut in 1915, he starred in three films that year, two of which were directed by Cecil B. DeMille, Chimmie Fadden and Chimmie Fadden Out West.