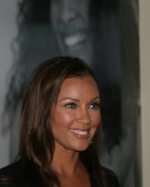 Vanessa Lynn Williams is an American singer and actress. In 1983, she became the first woman of African-American descent to be crowned Miss America, but a scandal caused her to relinquish her title early. Williams rebounded by launching a career as an entertainer, earning Grammy, Emmy, and Tony Award nominations.

Williams was born in Millwood, New York, the daughter of music teachers Helen and Milton Augustine Williams Jr. Williams and her younger brother Chris, who is also an actor, grew up in Millwood, a predominantly white middle-class suburban area. Prophetically, her parents put “Here she is: Miss America” on her birth announcement.

Williams studied piano and French horn growing up, but was most interested in singing and songwriting. She received a scholarship and attended Syracuse University as a Theatre Arts major from 1981 to 1983. She discontinued her education at Syracuse during her sophomore year to fulfill her duties as Miss America, and then subsequently left the university to focus on her entertainment career. Twenty-five years later she graduated from Syracuse by earning her remaining college credits through her life experience with two long running Broadway shows and a Tony Award nomination under her belt. Williams delivered the convocation address on May 10, 2008, with 480 other students in the College of Visual and Performing Arts. She stated:

Williams competed in the Miss Syracuse beauty pageant when a campus musical she was in was cancelled in 1983. After she won, Williams won Miss New York in 1983, and went to the Miss America national pageant in Atlantic City. She was crowned Miss America 1984 on September 17, 1983, becoming the first African American to win the title. Prior to the final night of competition, Williams won both the Preliminary Talent and Swimsuit Competitions from earlier in the week. Williams’ reign as Miss America was not without its challenges and controversies. For the first time in pageant history, a reigning Miss America was the target of death threats and hate mail.