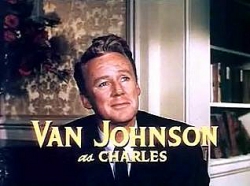 Van Johnson was an American film and television actor and dancer who was a major star at Metro-Goldwyn-Mayer studios during and after World War II.

Johnson was the embodiment of the "boy next door", playing "the red-haired, freckle-faced soldier, sailor or bomber pilot who used to live down the street" in MGM movies during the war years. At the time of his death in December 2008, he was one of the last surviving matinee idols of Hollywood's "golden age."

Johnson was born Charles Van Dell Johnson in Newport, Rhode Island; the only child of Loretta, a homemaker and Charles E. Johnson, a plumber and later real-estate salesman. His father was an immigrant from Sweden and his mother had German-American Pennsylvania Dutch ethnicity. His mother, an alcoholic, left the family when her son was a child; Johnson's relationship with his father was chilly.

Johnson performed at social clubs in Newport while in high school. He moved to New York City after graduating from high school in 1935 and joined an off-Broadway revue, Entre Nous . 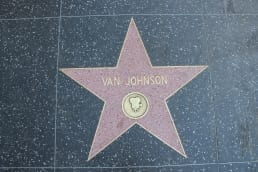