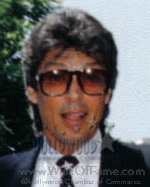 Education:
University of tx at Austin, 1962

Thomas James “Tommy” Tune is an American actor, dancer, singer, theatre director, -producer, and choreographer. Over the course of his career, he has won nine Tony Awards and the National Medal of Arts.

Tune was born in Wichita Falls, Texas to oil rig worker, horse trainer, and restaurateur, Jim Tune, and Eva Mae Clark. He attended Lamar High School in Houston and the Methodist-affiliated Lon Morris College in Jacksonville, Texas, and went on to earn his Bachelors degree from the University of Texas at Austin in 1962, and take graduate courses at the University of Houston. Tune later moved to New York to start his career.

In 1965, Tune made his Broadway debut as a performer in the musical Baker Street. His first Broadway directing and choreography credits were for the original production of The Best Little Whorehouse in Texas in 1978. He has gone on to direct or choreograph, or both, some eight Broadway musicals. He directed a new musical titled Turn of the Century, which premiered at the Goodman Theatre in Chicago on September 19, 2008 and closed on November 2, 2008.

Off-Broadway, Tune has directed The Club and Cloud Nine. Tune toured the United States in the Sherman Brothers musical Busker Alley in 1994-1995 and in the stage adaptation of the film Dr. Doolittle in 2006.