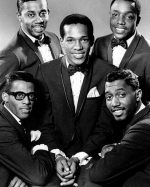 The Temptations is an American vocal group that achieved fame as one of the most successful acts to record for Motown Records. The group's repertoire has included, at various times during its five-decade career, R&B, doo-wop, funk, disco, soul, and adult contemporary music.

Formed in Detroit, Michigan, in 1960 as The Elgins, the Temptations have always featured at least five male vocalists/dancers. Known for its recognizable choreography, distinct harmonies, and flashy onstage suits, the Temptations have been said to be as influential to soul as The Beatles are to pop and rock. Having sold tens of millions of albums, the Temptations are one of the most successful groups in music history., the Temptations continue to perform and record for Universal Records with its one living original member, Otis Williams, still in its lineup.

Over the course of their career, the Temptations have released four Billboard Hot 100 number-one singles and 14 Billboard R&B number-one singles. Their material has earned them three Grammy Awards, while two more awards were conferred upon the songwriters and producers who crafted their 1972 hit "Papa Was a Rollin' Stone". The Temptations were the first Motown act to earn a Grammy Award. Six Temptations were inducted into the Rock and Roll Hall of Fame in 1989. Three classic Temptations songs, "My Girl", "Ain't Too Proud to Beg", and "Papa Was a Rollin' Stone", are among The Rock and Roll Hall of Fame's 500 Songs that Shaped Rock and Roll. 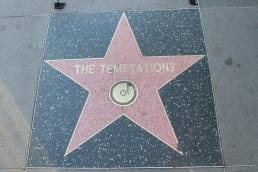