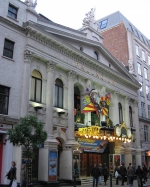 The Sherman Brothers are an Academy Award-winning American songwriting duo that specialize in musical films, made up of Robert B. Sherman and Richard M. Sherman. The Sherman Brothers wrote more motion-picture musical song scores than any other songwriting team in film history, working for Walt Disney during the last six years of his life. Film scores of the Sherman Brothers include Mary Poppins, Chitty Chitty Bang Bang, The Jungle Book, and The Aristocats.

Sons of Russian-Jewish immigrants, Robert and Richard Sherman began writing songs together in 1951 on a challenge from their father, Tin Pan Alley songwriter Al Sherman. The brothers wrote together and with different songwriting partners throughout the rest of the decade.

In 1958, Robert founded the music publishing company Music World Corporation, which later enjoyed a landmark relationship with Disney’s BMI-affiliated publishing arm, Wonderland Music Company. That same year, the Sherman Brothers had their first top-ten hit with “Tall Paul,” sung by Mouseketeer, Judy Harriet on the Surf Records label and then covered by Mouseketeer Annette Funicello. The success of this song yielded the attention of Walt Disney, who eventually hired the Sherman Brothers as Staff Songwriters for Walt Disney Studios. The first song they wrote on personal assignment by Walt Disney was “Strummin’ Song” in 1961. It was used in the Annette Funicello made-for-television movie called The Horsemasters.