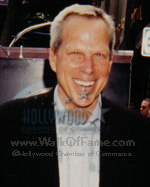 Steven "Steve" Tisch is an American businessman. He is the Chairman and Executive Vice President of the New York Giants, the NFL team co-owned by his family, as well as a film and television producer. He is the son of former Giants co-owner Bob Tisch.

Tisch was born in Lakewood, New Jersey. He attended Tufts University, during which he began his filmmaking career. During his youth, Tisch created a number of small movies with backing by Columbia Pictures. In 1976, he left Columbia and created his first feature film, Outlaw Blues. He followed this up in 1983 with Risky Business, which saw Tom Cruise's first lead role.

In 1984, Tisch produced a made-for-TV movie entitled The Burning Bed, which caused controversy but also received eleven Emmy nominations for Farrah Fawcett's depiction of a battered wife. Tisch launched his own production company in 1986, which has since specialized in small screen films. However, he also produced several critically acclaimed films including Forrest Gump, American History X, and Snatch. Tisch received a Best Motion Picture Academy Award and a Golden Globe for "Forrest Gump", which was nominated for 13 Academy Awards and won nine, and remains one of the 20 highest domestic box office grossing films in history.

He is currently a partner in Escape Artists, an independently financed film production company based at Sony Pictures Entertainment. Escape Artists released "The Weather Man", starring Nicolas Cage, in the fall of 2005 and "The Pursuit of Happyness", starring Will Smith, was released by Columbia Pictures December of 2006. Other projects include "Seven Pounds" starring Will Smith, "Knowing", starring Nicolas Cage and "The Taking of Pelham 123" starring Denzel Washington and John Travolta. 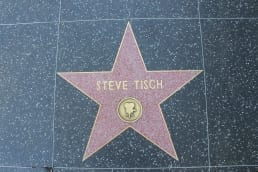