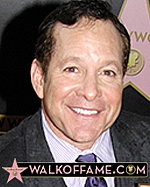 STEVE GUTTENBERG HONORED WITH
STAR ON THE HOLLYWOOD WALK OF FAME

This ceremony marks the final star dedication on the Hollywood Walk of Fame for the year 2011.

Star of a dozen films that have grossed 100 million dollars at the American box-office including “Police Academy”, with leading-man looks and critically acknowledged comedy and dramatic chops, Steve Guttenberg has climbed his way to the top of being one of Hollywood’s favorite actors.

Over the course of his career, Guttenberg has starred in an amazing 52 films, including four successful series: “Police Academy,” “Three Men and a Baby,” “Short Circuit” and Ron Howard’s “Cocoon” and their sequels.  He has also appeared in such acclaimed dramatic hits as Barry Levinson’s “Diner,” Franklin Schaffner’s “The Boys from Brazil” and Curtis Hanson’s “Bedroom Window.”

Guttenberg can currently be seen starring in Broadway’s “Relatively Speaking”, a collection of three One-Act comedies written by esteemed scribes Ethan Coen, Elaine May and Woody Allen, and directed by John Turturro. Guttenberg stars in Woody Allen’s “Honeymoon Motel” act where a wedding day goes awry.   He also produced and stars in the indie feature, “A Novel Romance”, opposite Shannon Elizabeth and Milena Govich, which is currently in theaters. The film won best feature at the NY Film and Video Festival.

Also a filmmaker, Guttenberg has helmed a number of projects, including “P.S., Your Cat Is Dead,” the film version of the respected James Kirkpatrick play which Guttenberg also starred in, wrote and produced.  He is the founder of Mr. Kirby productions.

In addition to his work as an actor and filmmaker, Guttenberg has put his time to good use, additionally creating the Guttenhouse project.  He initiated the Guttenhouse project to house selected youths who are phased out of  foster care programs at the age of 18 and would otherwise wind up on the streets, with no housing or direction.  His first Guttenhouse has accommodated a half dozen kids for varying lengths of time for the past seven years, giving each private bedrooms, use of computer equipment, regular oversight by a trained social worker and mentoring.  He has also headed the $7,000,000 campaign to provide glasses for 50,000 sight-challenged youngsters whose families cannot afford eye care. He has headed other such important national campaigns for the Entertainment Industry Foundation and was recently lauded by the Red Cross for his very personal work following Hurricane Katrina. 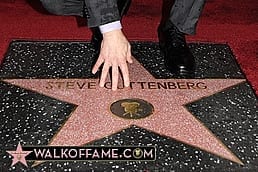