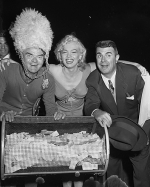 Lindley Armstrong “Spike” Jones was a popular musician and bandleader specializing in performing satirical arrangements of popular songs. Ballads and classical works receiving the Jones treatment would be punctuated with gunshots, whistles, cowbells, and ridiculous vocals. Through the 1940s and early 1950s, the band recorded under the title Spike Jones and his City Slickers and toured the United States and Canada under the title The Musical Depreciation Revue.

Jones’s father was a Southern Pacific railroad agent. Young Lindley got his nickname by being so thin that he was compared to a railroad spike. At the age of 11 he got his first set of drums. As a teenager he played in bands that he formed himself. A railroad restaurant chef taught him how to use pots and pans, forks, knives and spoons as musical instruments. He frequently played in theater pit orchestras. In the 1930s he joined the Victor Young orchestra and thereby got many offers to appear on radio shows, including Al Jolson’s Lifebuoy Program, Burns and Allen, and Bing Crosby’s Kraft Music Hall.

From 1937 to 1942, he was the percussionist for the John Scott Trotter Orchestra, which played on Bing Crosby’s first recording of White Christmas. Spike Jones was part of a backing band for songwriter Cindy Walker during her early recording career with Decca and Standard Transcriptions. Her song “We’re Gonna Stomp Them City Slickers Down” provided the inspiration for the name of Jones? future band, the City Slickers.

The City Slickers evolved out of the Feather Merchants, a band led by vocalist-clarinetist Del Porter, who took a back seat to Jones during the embryonic years of the group. They made experimental records for the Cinematone Corporation and performed publicly in Los Angeles, gaining a small following. The original members included vocalist-violinist Carl Grayson, banjoist Perry Botkin, trombonist King Jackson and pianist Stan Wrightsman. 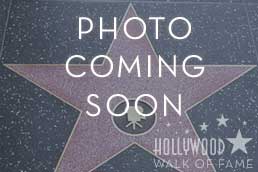