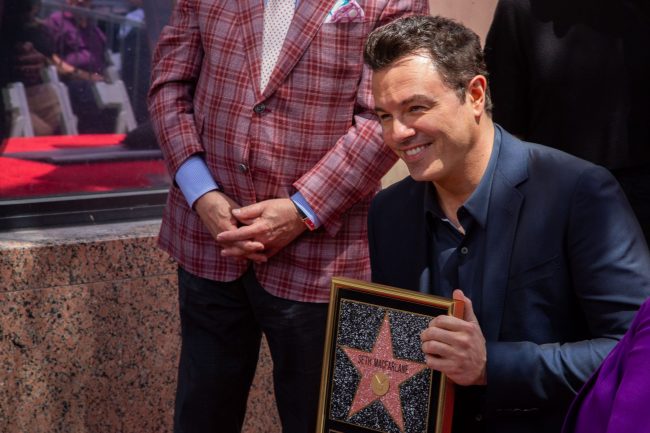 “Seth MacFarlane is a creative force. He has his finger on the pulse of many genre’s of the entertainment world and we are proud to honor him for his work in television, film, music and much more!” said Ana Martinez, Producer of the Hollywood Walk of Fame. We are proud to add this “Family Guy” to our Walk of Fame family,” added Martinez.

Seth MacFarlane is a native of Kent, Connecticut. He studied animation and design at the Rhode Island School of Design. At 24, he became the youngest showrunner in television history when his animated series “Family Guy” aired on FOX. Gearing up for its 18th season, “Family Guy” has garnered MacFarlane numerous nominations and four Emmy Awards for “Outstanding Voice-Over Performance” and “Outstanding Music and Lyrics.” In addition to “Family Guy,” MacFarlane serves as co-creator, executive producer and voice actor on “American Dad!,” which is currently airing its 13th season. He also executive produced the 21st century version of “Cosmos: A Space Time Odyssey” for FOX and National Geographic. The show was seen by more than 135 million people worldwide and received 13 Emmy nominations. MacFarlane is currently executive producing the next installment of the series, “Cosmos: Possible Worlds.” MacFarlane recently created, executive produces and stars in the live-action, one-hour space adventure series, “The Orville,” which is set 400 years in the future and follows The U.S.S. Orville, a mid-level exploratory spaceship. The series, which MacFarlane produces under his Fuzzy Door banner, premiered in 2017 to over 14 million viewers across all platforms. The show premiered its second season in December 2018 and currently holds an unheard of 100% rating on Rotten Tomatoes.

MacFarlane made his feature film directorial debut in 2012 with the highest-grossing original R-rated comedy film of all time, TED. MacFarlane’s star is near the star of his co-star and fellow Walk of Famer Mrk Wahlberg. This buddy comedy starred Wahlberg and MacFarlane as the voice of the lovable foul-mouthed teddy bear. The film made over $545 million worldwide and was co-written and produced by MacFarlane. Fresh off the success of TED and hosting “Saturday Night Live,” MacFarlane hosted the 85th Academy Awards in 2013 and was also nominated that same year for “Best Achievement in Music Written for Motion Pictures, Original Song” for “Everybody Needs a Best Friend” from TED. Due to its great success and cult following, the highly anticipated sequel, TED 2, was released in 2015. In between both TED films, Universal released MacFarlane’s western-comedy “A Million Ways to Die in the West”, which he wrote, produced, directed and starred in with an ensemble cast that included Charlize Theron, Liam Neeson, Amanda Seyfried and Neil Patrick Harris. Up next, MacFarlane’s Fuzzy door is Universal’s upcoming female ensemble comedy “Fairy Tale Ending” starring Bryce Dallas Howard and Academy Award-winner Octavia Spencer.

As an actor, MacFarlane voiced “Mike,” a small mouse with a big Sinatra-esque voice, in Illumination Entertainment’s 2016 animated musical family comedy “Sing”. He also made an unrecognizable appearance in Steven Soderbergh’s heist film “Logan Lucky,” which was released in August 2017. MacFarlane is currently in production on Showtime’s upcoming eight-episode limited series “The Loudest Voice” about Fox News founder Roger Ailes. He will portray Brian Lewis, Fox News’ former public relations chief for more than 17 years and Ailes’ closest confidant and supporter. The series, also starring Russell Crowe, Sienna Miller and Annabelle Wallis, is based on Gabriel Sherman’s bestselling book of a similar name, The Loudest Voice in the Room.

MacFarlane’s debut album of standards “Music is Better Than Words” debuted at No. 1 on the iTunes Jazz Chart in 2011 and went on to receive four Grammy nominations, including “Best Traditional Pop Vocal Album.” His 2014 first-ever Christmas set, “Holiday for Swing,” also debuted at No. 1 and was followed by “No One Ever Tells You,” another iTunes chart topper, and “In Full Swing,” his first No.1 Traditional Jazz album, garnering him two more Grammy nominations. MacFarlane is gearing up to release his fifth album “Once In A While,” which is a collection of wistful, pensive songs that deal with longing, lost love and sadness infused with fond recollection and a hint of hope. He has performed with composer John Williams at the Hollywood Bowl, duetted with Barbra Streisand on “Pure Imagination” for “Encore: Movie Partners Sing Broadway” and joined numerous celebrated symphonies including Boston, San Francisco, Atlanta, Chicago, Baltimore, and the National Symphony Orchestra.

MacFarlane created The Seth MacFarlane Foundation to focus his charitable efforts. As an advocate for science, he funded the Seth MacFarlane collection of the Carl Sagan and Ann Druyan archive at the Library of Congress. He also executive produced the climate change documentary inspired by the nonfiction bestseller by Naomi Klein, THIS CHANGES EVERYTHING. The film shot in nine countries over four years, bringing awareness to the insurmountable issue of global warming and the economic systems that facilitate it. Through his foundation, MacFarlane continues to be an avid supporter of science communication, cancer research, The Human Rights Campaign, Oceana, the People of the American Way, Chrysalis, Perry’s Place and National Public Radio (NPR). Last year, in support of NPR’s mission to create a more informed public and strengthen democracy, MacFarlane made a $2 million donation to NPR and a $500,000 donation to Los Angeles’ NPR membership station, KPCC, the top news distribution for NPR content in Southern California. 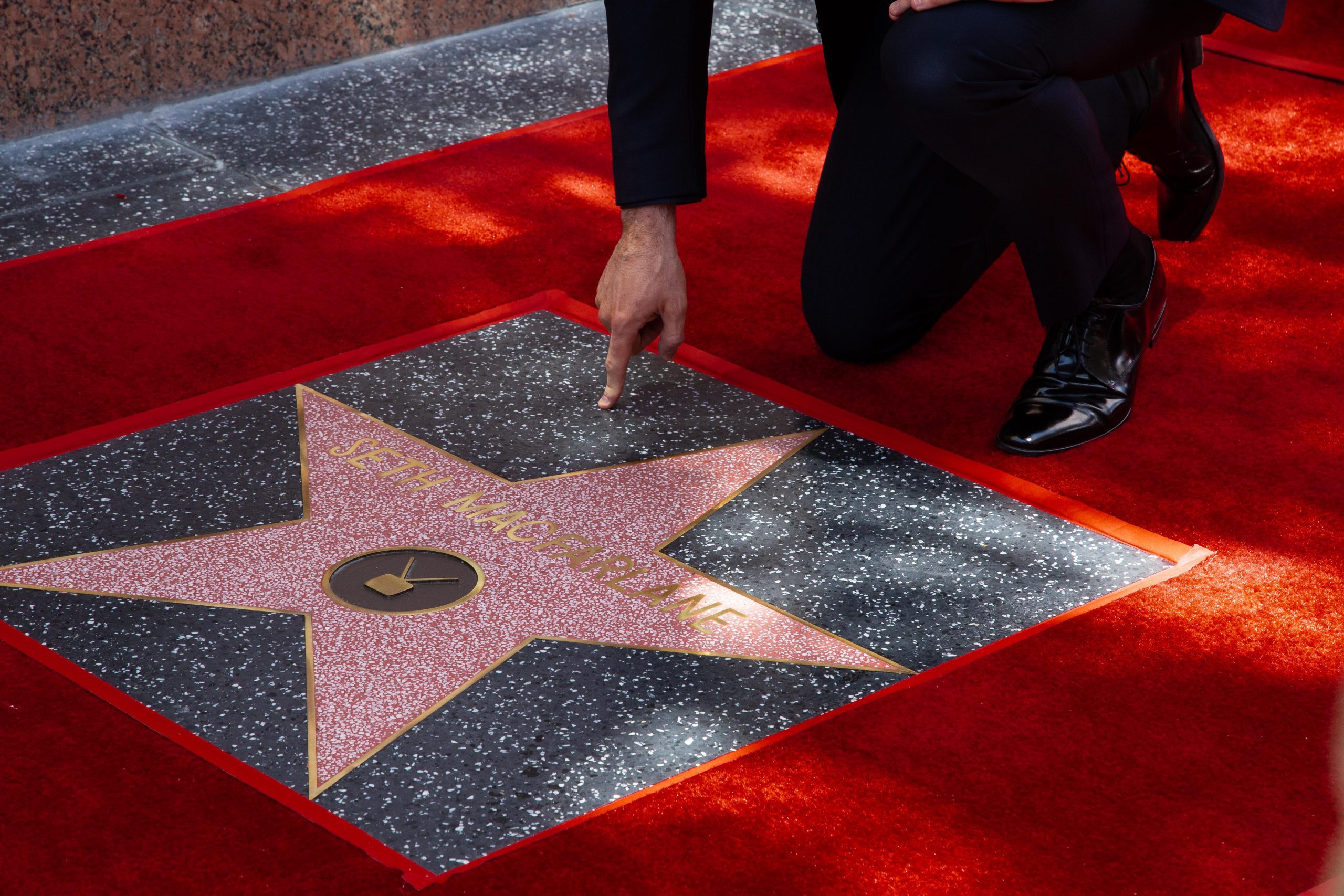