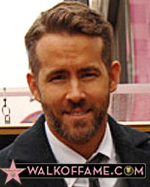 Watch as the Hollywood Chamber honors Ryan Reynolds with Walk of Fame star below.

The Hollywood Chamber of Commerce proudly dedicated the 2,596th Walk of Fame star to actor Ryan Reynolds today, Thursday, December 15, 2016 at 11:30 a.m. PST. The star in the category of Motion Pictures was dedicated at 6801 Hollywood Boulevard in front of the Hollywood & Highland Complex.

“Since Ryan Reynolds was selected to be honored with a Walk of Fame star, fans from around the world have always been asking when Ryan Reynolds is getting his star… Well, now is the time and we invite all to enjoy the last ceremony of the year on December 15th!” stated Walk of Fame producer Ana Martinez.

Ryan Reynolds is one of Hollywood’s most diverse leading men seamlessly transitioning through varied genres of drama, action and comedy in his rich and ever evolving career.

Reynolds is the star of the 20th Century Fox record breaking film “Deadpool.”. The movie opened in February 2016 and shattered expectations, opening to $152.2-million over the four-day Presidents’ Day weekend making it the biggest R-rated opening of all time and the biggest February opening in box office history. The superhero juggernaut also replaced “The Matrix Reloaded” as the highest-grossing R-rated film in history with more than $750-million globally. Reynolds, who also produced the film, will begin shooting “Deadpool 2” in 2017. Ryan was selected this past Sunday as the Entertainer of the Year and Best Comedy Actor by the Critics Choice Awards and was also nominated as Best Actor for the Golden Globes which airs January 8.

Reynolds’ body of work is extremely diverse. In 2015 he starred in a variety of feature roles including “Mississippi Grind,” “Woman In Gold,” “The Voices” and “Selfless.” “Mississippi Grind” directed by Ryan Fleck and Anna Boden premiered at Sundance to rave reviews. In The Weinstein Company’s “Woman In Gold,” Reynolds starred alongside Helen Mirren to tell the story of Maria Altmann (Mirren), a Jewish refugee who is forced to flee Vienna during World War II and her personal mission to reclaim a painting the Nazis stole from her family: the famous Lady In Gold. In Lionsgate’s serial killer comedy “The Voices” by famed French director Marjane Satrapi, Reynolds stars as a troubled, med-addicted factory worker driven to murder by his talking pets, a psychopathic cat called Mr. Whiskers and Bosco, his peace-loving dog. Reynolds also voices both of the animals. He also starred opposite Sir Ben Kingsley in the independent feature “Selfless,” directed by Tarsem Singh.

Reynolds voiced two DreamWorks Animation films in 2013. “Turbo,” in which Reynolds voices a snail named ‘Turbo’ who has dreams of winning the Indy 500. The movie also features the voices of Samuel L. Jackson, Maya Rudolph, Snoop Lion and Michelle Rodriguez. Prior to that, Reynolds had his animated film debut as the voice of ‘Guy’ in DreamWorks Animation’s, “The Croods.” The movie also featured the voices of Nicolas Cage, Emma Stone and Catherine Keener and earned over $508-million worldwide. Reynolds has signed onto the sequel, which is already in development.

His other film credits include: the Universal action thriller, “Safe House” opposite Denzel Washington. The film opened to $40-million domestically in its first weekend and went onto earn $208-million worldwide. The Universal comedy, “The Change Up,” opposite Jason Bateman, the Warner Brothers adaptation of the popular DC Comic, “Green Lantern” and the mystery/thriller “Buried.” In the acclaimed and cinematically challenging film Reynolds is the only actor to appear on camera for the duration of the piece.

In 2009, Reynolds served as Disney’s romantic comedy lead in “The Proposal,” opposite Sandra Bullock. The film opened at No. 1 at the box office and grossed $315-million worldwide. Reynolds was also seen as ‘Deadpool’ in the “X-Men” spin-off, “X-Men Origins: Wolverine.” He starred opposite an all-star cast including Hugh Jackman and the film grossed $365-million worldwide. Additionally that year, [say in 2009] Reynolds starred in “Adventureland” opposite Kristen Stewart which premiered at the Sundance Film Festival and was nominated in the “Ensemble Performance” category at the 2009 Gotham Awards.

Some of Reynolds other film credits include: “Paperman;” and the Working Title Films’ “Definitely, Maybe” for Universal Pictures; writer/director John August’s “The Nines,” director Joe Carnahan’s “Smokin’ Aces” for Working Title Films and Universal Pictures and “The Amityville Horror;” a remake of the classic cult film which opened No. 1 at the box office and made $107 worldwide; as well as cult favorites “Waiting” and “Van Wilder.” 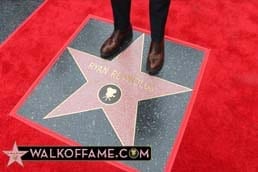