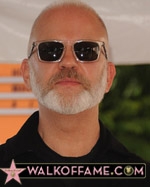 “Ryan Murphy is one of the most creative and brilliant minds in television. His shows open the doors for people to see things they may have never thought of and invites viewers to his world of exhilarating programming,” said Ana Martinez, Producer of the Hollywood Walk of Fame. “We are thrilled to have Ryan Murphy join our family of stars on the Walk of Fame.”

Emcee Leron Gubler, President & CEO of the Hollywood Chamber of Commerce was joined by Sarah Paulson, Jessica Lange, Brad Falchuk and Gwyneth Paltrow who will speak at the unveiling of Murphy’s star.

Born in 1965, Ryan Murphy was raised in Indianapolis, Indiana. After starting out as a journalist, Murphy moved into a career in film and television, where he’s worked as a producer, screenwriter and director. He is an Emmy®, Golden Globe® and Peabody® Award-winning screenwriter, producer and director. He created the groundbreaking television drama Nip/Tuck, which won the Golden Globe for Best Television Series in 2005 and ran for six seasons.

Murphy stepped into the film world in 2006, making his directorial debut with “Running with Scissors,” which was based on Augusten Burroughs’ top-selling memoir of the same name. He’s also directed the film adaptation of “Eat Pray Love” (2010).

On stage, Murphy most recently produced the Broadway revival of The Boys in the Band, starring Jim Parsons, Zachary Quinto, Matt Bomer and Andrew Rannells.   In 2014, he directed the HBO movie The Normal Heart, which received Emmy and Golden Globe awards including the Emmy for Outstanding Television Movie. He is currently writing, directing and producing his upcoming series The Politician, to debut on Netflix in 2019.

In 2017, Murphy launched “Half”, an initiative within Ryan Murphy Productions which aims to make Hollywood more inclusive by creating equal opportunities for women and minorities behind the cameras. 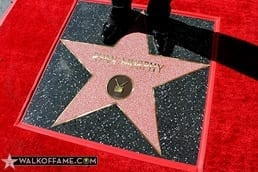