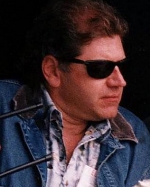 Robert Lee Zemeckis is an American film director, producer and screenwriter. Zemeckis first came to public attention in the 1980s as the director of the comedic time-travel Back to the Future movie series, as well as the Oscar-winning live-action/cartoon epic Who Framed Roger Rabbit, though in the 1990s he diversified into more dramatic fare, including 1994’s Forrest Gump, for which he won an Academy Award for Best Director.

His films are characterized by an interest in state-of-the-art special effects, including the early use of match moving in Back to the Future Part II and the pioneering performance capture techniques seen in The Polar Express, Beowulf and A Christmas Carol. Though Zemeckis has often been pigeonholed as a director interested only in effects, his work has been defended by several critics, including David Thomson, who wrote that “No other contemporary director has used special effects to more dramatic and narrative purpose.”

Zemeckis was born in Chicago, Illinois, to a Lithuanian American father and Italian American mother, and grew up in a suburb outside of Chicago called McHenry. and was raised in a working-class Roman Catholic family. He went to Fenger High School. Zemeckis has said that “the truth was that in my family there was no art. I mean, there was no music, there were no books, there was no theater.The only thing I had that was inspirational, was television&mdash;and it actually was.” As a child, Zemeckis loved television and was fascinated by his parents’ 8 mm film home movie camera. Starting off by filming family events like birthdays and holidays, Zemeckis gradually began producing narrative films with his friends that incorporated stop-motion work and other special effects.

Along with enjoying movies, Zemeckis remained an avid TV watcher. “You hear so much about the problems with television,” he said, “but I think that it saved my life.” Television gave Zemeckis his first glimpse of a world outside of his blue-collar upbringing; specifically, he learned of the existence of film schools on an episode of The Tonight Show Starring Johnny Carson. After seeing Bonnie and Clyde with his father and being heavily influenced by it, Zemeckis decided that he wanted to go to film school.