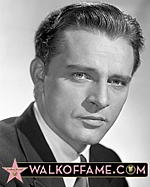 Burton’s Star Placed Next to the Star of Elizabeth Taylor


Watch the complete Richard Burton star ceremony at the end of this page.

The Hollywood Chamber of Commerce took great pride in honoring Richard Burton posthumously with a star on the Hollywood Walk of Fame on March 1, 2013. “We are thrilled that the late, great actor Richard Burton is honored with his star on the Walk of Fame. We are also happy that his star is next to the star of Elizabeth Taylor,” stated Leron Gubler, President/CEO of the Hollywood Chamber of Commerce. “What makes this day even more special is that St. David, the patron Saint of Wales is also celebrated on the very date of Mr. Burton’s star ceremony,” added Gubler.

Burton’s daughter Maria, Michael Sheen, friends and family helped Gubler unveil the 2,491st Star at 6336 Hollywood Boulevard in the category of Motion Pictures. The star ceremony was streamed LIVE exclusively on www.walkoffame.com for fans to watch and enjoy.

The ceremony is part of celebrations to commemorate the 50th anniversary of Cleopatra, directed by Joseph L. Mankiewicz and starring Burton and Taylor in their first on-screen feature. The Academy Award®-winning film was released by 20th Century Fox in 1963 and will be available on Blu-ray Disc for the first time in 2013 from Twentieth Century Fox Home Entertainment.

Richard Burton CBE was a Welshman who was widely accepted as one of the greatest actors of his generation. He was famously married to two-time Oscar®-winner Elizabeth Taylor.

Born on November 10, 1925 as Richard Walter Jenkins in the mining village of Pontrhydyfen in Wales, he was the twelfth of thirteen children who grew up in a poor working class, Welsh-speaking household. Burton's mother died in childbirth in 1927 and his sister Cecilia brought him up in their Port Talbot house.

He displayed a talent for English and Welsh literature at school, though his main passion was sports. His schoolmaster, Philip Burton, became something of a mentor, encouraging him to take part in school stage productions. Philip Burton adopted Richard, who returned to school and worked hard to develop his acting potential. He starred as Henry Higgins in a YMCA production of Pygmalion. In 1943, at the age of 18, he began a six-month term at Exeter College, Oxford, before serving as a navigator in the RAF between 1944 and 1947. After leaving the RAF in 1947 he moved to London to find work as an actor. He signed up with a theatrical agency, and his first professional roles were in radio plays for the BBC and in the film The Last Days of Dolwyn written and directed by Emlyn Williams, Kate Burton’s godfather, and where Richard Burton met her mother, Sybil Williams.

During the 1950s his profile grew, with London and New York appearances in The Lady's Not For Burning, alongside John Gielgud and Claire Bloom. Burton also tookminor roles in a number of British films. His performance as Prince Henry in a 1951Stratford production of Shakespeare's Henry IV, Part 1 won him critical acclaim, andelevation into the circle of great British actors such as Olivier, Gielgud and Richardson.

In 1952, his Hollywood career began after he signed a five-year contract with director/producer Alexander Korda, which earned him £ 1 00 a week. 20th Century Fox then signed Burton for three films at $50,000 each – the first was My Cousin Rachel, for which he was given the lead role.  The film was a critical and commercial success, establishing Burton as a Hollywood leading man and gaining him an Academy Award® nomination and Golden Globe award.

In 1954, he took his best-known radio role, as the narrator in Dylan Thomas' Under Milk Wood, which he reprised in a film version 20 years later. A number of high profile film roles followed, including Alexander The Great (1956), for which he played the title role, and Look Back In Anger (1958). Burton's theatre career was running in tandem with his appearances on the silver screen. He played Coriolanus and Hamlet at the Old Vic in 1953 and received a Tony Award nomination for his Broadway performance in Time Remembered (1958), eventually winning a Tony for playing King Arthur in the 1960 musical Camelot. In 1964, he won a third award for reprising his role as Hamlet in a production directed by John Gielgud. After Hamlet, he rarely appeared on stage, although he returned in 1976 to perform in Equus as psychiatrist Martin Dysart (a role he repeated in the 1977 film adaptation), and undertook theatre roles in a 1980 touring production of Camelot and a production of Noel Coward's Private Lives opposite his ex-wife Elizabeth Taylor in 1983.

In 1963, he took the role of Mark Antony in Cleopatra, acting opposite Elizabeth Taylor. At the time it was the most expensive film ever made, with costs reaching almost $40 million. It was a huge success, and established Burton as one of Hollywood's top earners. Perhaps more significantly, it was on the set of Cleopatra that Burton and Taylor fell in love. Although they were both married to others at the time, their relationship was endlessly scrutinized and celebrated by the media. The couple married on the March 15,  1964 in Montreal, Canada and a succession of film roles followed alongside Taylor including The Sandpiper (1965), Who's Afraid O/Virginia Woolf! (1966) and The Taming O/The Shrew (1967). The couple divorced in 1974, but remarried on October 10, 1975. The second union lasted less than a year.

During his lifetime, he was nominated seven times for an Academy Award®, six of which were for Best Actor in a Leading Role (without ever winning), and was a recipient of BAFTA, Golden Globe and Tony Awards for Best Actor.

In 2011, in the presence of the Burton and Taylor families, Burton’s daughter, Kate, opened the Richard Burton Theatre at the Royal Welsh College of Music and Drama, in Cardiff, Wales helping extend his legacy to a new generation of actors and theatre practitioners.  The resident theatre company of  young actors was also renamed the Richard Burton Company in his honor.

Many would attest to Richard Burton's generosity, which extended beyond his family to charities and friends. For example, his early contracts with the BBC, whether television or radio, often contained clauses that waived his fee in favor of a local charity. During his lifetime, Richard Burton contributed to many good causes across the world, ranging from the Playhouse Theatre in Oxford to charitable contributions to the town of Puerto Vallarta, Mexico.

On August 5, 1984, Burton died of a cerebral hemorrhage in Geneva, Switzerland at the age of 58. At his funeral four days later in Celigny, he was buried with a copy of the Collected Poems of Dylan Thomas. 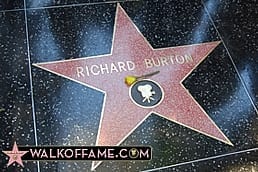