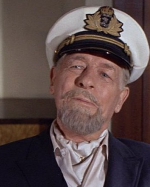 Reginald Denny was an English stage, film, and television actor. He was once an amateur boxing champion of Great Britain.

Born Reginald Leigh Dugmore in Richmond, Surrey, England, he began his stage career at age seven in “The Royal Family” and in The Merry Widow at age 16. years later he joined an opera company as a baritone, and toured India. After continuing his stage career in America, his film career started in 1915 with the old World Film Company and he made films both in the United States and England until the 1960s. He came from a theatrical family which came to the U.S. in 1912 to appear in the stage production Quaker Girl. His father was the actor and singer W. H. Denny. Reginald became friends with actor John Barrymore and appeared in Barrymore’s acclaimed 1920 Broadway production of Richard III.

Denny was a well-known actor in silent films and with the advent of talkies, he became a character actor. He played the lead role in a number of his earlier films, generally as a comedic Englishman in such works as Private Lives, and later had reasonably steady work as a supporting actor in dozens of movies, including The Little Minister with Katharine Hepburn, Anna Karenina with Greta Garbo, Alfred Hitchcock’s Rebecca and the Frank Sinatra crime caper film Assault on a Queen. His last role was in Batman as Commodore Schmidlapp.