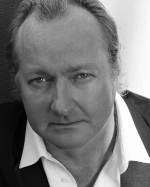 Randy Randall Rudy Quaid is an American actor best known for his role as Cousin Eddie in the National Lampoon’s Vacation movies, as well as his numerous supporting roles in films such as The Last Detail, Independence Day, Kingpin and Brokeback Mountain. He has won a Golden Globe Award, and has been nominated for an Academy Award, an Emmy Award and a BAFTA Award.

Randy Quaid was born in Houston, Texas, the son of Juanita Bonniedale “Nita”, a real estate agent, and William Rudy Quaid, an electrician. He is the older brother of actor Dennis Quaid. Quaid is married to former Helmut Newton model Evi Quaid. Randy attended Pershing Middle School and Bellaire High School. His brother Dennis stated that his father was a “frustrated actor” and that his third cousin was Gene Autry.

Quaid has appeared in over 90 movies. Peter Bogdanovich discovered him when Quaid was a student at the University of Houston, and he received his first exposure in Bogdanovich’s The Last Picture Show. His character escorts Jacy Farrow to late-night indoor skinny-dipping at a swimming pool. It was the first of his several roles directed by Bogdanovich and/or based on the writings of Larry McMurtry.

Quaid’s first major role was in the critically acclaimed The Last Detail. He played a young US Navy sailor on his way to serve a harsh sentence for stealing $40 from an admiral’s wife’s pet charity. Jack Nicholson played the Navy sailor assigned to transport him to prison. Nicholson’s character eventually becomes his friend and mentor, helping him experience different aspects of life before he goes behind bars.