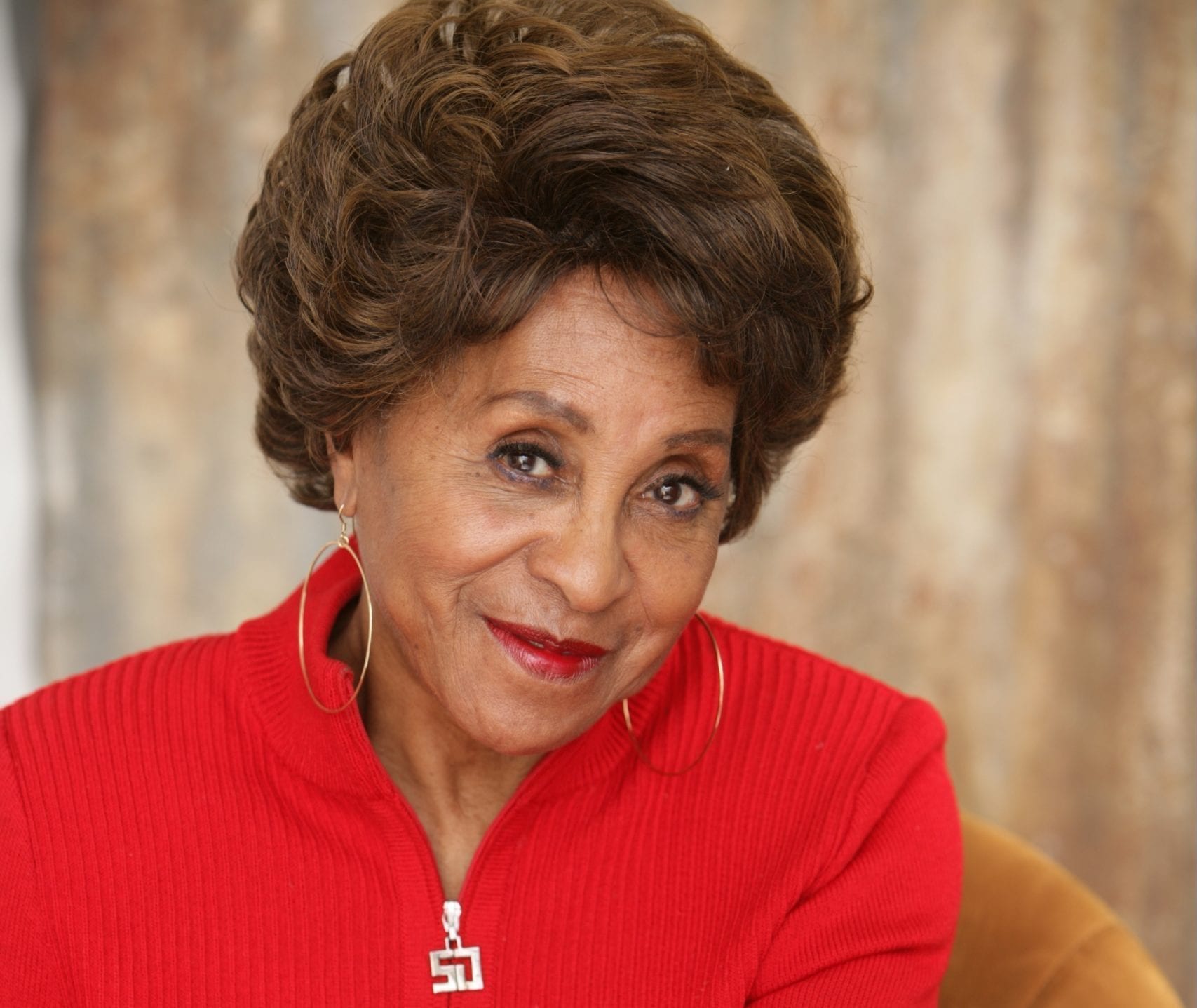 WHAT:Dedication of the 2,698th Star on the Hollywood Walk of Fame in the Category of Television

WHERE: 6840 Hollywood Boulevard in front of  Jimmy Kimmel Live

The Hollywood Chamber of Commerce is proud to announce that entertainer Marla Gibbs will be honored with the 2,6978th star on the Hollywood Walk of Fame on Tuesday, July 20, at 11:30 a.m. PST. The star will be dedicated in the category of Television at 6840 Hollywood Boulevard in front of Jimmy Kimmel Live.

If there’s one thing Marla Gibbs can do better than anyone else is making others laugh. She explodes into one of the foremost comedians and entertainers in the industry today.

Joining Emcee Rana Ghadban, President & CEO of the Hollywood Chamber of Commerce to unveil the star will be Tisha Cambell and more.

Marla Gibbs, a native of Chicago, Illinois, has carved her place on the international stage as a loved celebrity.

She began studying acting at PASLA (Performing Arts Society of Los Angeles).  Ironically, Gibbs would eventually open a theater and school with her daughter on the same block years later.  She went on to hone her craft at the Mafundi Institute and Watts Writers Workshop. She immediately loved the theater and went on to appear in a number of local productions including “Medea,” “The Amen Corner” and “The Gingerbread Lady,” before landing her first film role in “Black Belt Jones.”

A five-time Emmy-nominated actress, Gibbs is known for her memorable portrayal of the maid, Florence, on the CBS hit comedy, “The Jeffersons.”  Gibbs’ talent soon won her another hit sitcom, the NBC series, “227.” She developed the sitcom from the original stage play of the same title produced by her daughter, Angela and cut her teeth as Executive Producer on the show.

Gibbs’ voice has been heard on the animated TV series, “101 Dalmatians.” She has appeared on popular shows including “This Is Us,” “Young Sheldon, “ “Days of Our Lives,” “The Carmichael Show,” ”Blackish,” “NCIS,” The Neighborhood and the list goes on.  She’s enjoyed recurring roles on “Passions” and the “The Hughleys,” and gave a stellar performance in the critically acclaimed film, “The Visit.”  The same is true for the film, “El Camino,” “and her tour de force portrayal of a jazz legend in, “Stanley’s Gig,” that won her critical notice.

Gibbs’ first love has always been singing.  She sang and co-wrote the theme song to the sitcom, “227,” and “Checking In” and in 2006, she released her own CD, “It’s Never Too Late.” The project partnered her with the legendary HB Barnum and her friend, the late jazz luminary, Gerald Wiggins.  Gibbs wrote most of the songs including two with producer, Amil Gibbs. Her message is all there, on the CD… “It’s Never too Late.”

An activist, Marla always fought to ensure diversity was not only in front of the camera but behind it as well.  She stood her ground when top executives wanted her to play a single mother on the show.  Her vision won out and “227” became a hit show where audiences could find two loving parents raising their daughter and dealing with real issues.  Gibbs has been honored as both a maverick and living legend. An eight-time NAACP Image Award winner, Gibbs has received numerous prestigious honors over the years, including Essence Magazine’s Woman of the Year.

In addition to acting, her community support has been celebrated with several awards. She revived the legendary Los Angeles jazz supper club, “Marla’s Memory Lane, and hired local and international jazz artists to help preserve the culture. Marla co-founded Crossroads Theater and Acting school with her daughter Angela, which helped to launch the careers of several local actors.  Gibbs’ universal appeal, versatility and tremendous career success spanning film, live performances and television have solidified her standing as one of the premier entertainers in the world; and at 90 years old, Marla Gibbs says it’s, “Never Too Late,” and her life is far from over!