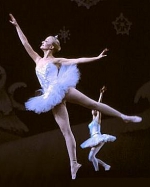 Monteux studied violin from an early age, entering the Paris Conservatoire at the age of nine. He became a proficient violinist, good enough to share the Conservatoire’s violin prize in 1896 with Jacques Thibaud. In his spare time he also played at the Folies Bergères. He later took up the viola studying with Théophile Laforge and played in the Geloso Quartet which played one of Brahms’s string quartets in a private performance for the composer and in the orchestra of the Opéra-Comique, leading the viola section in the première of Debussy’s opera, Pelléas et Mélisande in 1902.

In 1910, Monteux took a conducting post at the Dieppe casino. The next year, 1911, he became conductor of Sergei Diaghilev’s ballet company, the Ballets Russes. In this capacity he conducted the premières of Stravinsky’s Petrushka and The Rite of Spring &ndash; with its famous riot &ndash; as well as Debussy’s Jeux and Ravel’s Daphnis et Chloé. This established the course of his career, and for the rest of his life he was noted particularly for his interpretations of Russian and French music.

With the outbreak of World War I, Monteux was called up for military service, but was discharged in 1916, and travelled to the United States. There he took charge of the French repertoire at the Metropolitan Opera in New York City from 1917 to 1919. He also conducted the United States premières of Rimsky-Korsakov’s opera The Golden Cockerel and Henri Rabaud’s Mârouf, savetier du Caire at the Metropolitan Opera.