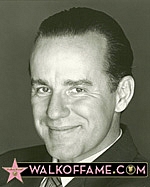 Watch the Phil Hartman Walk of Fame star ceremony at the end of this feature.

The Hollywood Chamber of Commerce proudly honored the late Phil Hartman with the 2,528th star on the Hollywood Walk of Fame on Tuesday, August 26, 2014 at 11:30 a.m. The star was unveiled at one of Hartman’s favorite Tinseltown stores, The Hollywood Toy & Costume shop. “Phil Hartman was very loved by Hollywood and we are thrilled that he is being honored with his own star. This man made millions laugh for years and will always be treasured,” stated Leron Gubler, Hollywood Chamber of Commerce President and CEO. Helping Leron Gubler unveil the star were Kevin Nealon, Jon Lovitz and Betty McCann at 6600 Hollywood Boulevard in the category of Television. Accepting the star was Phil’s brother John Hartmann. Event was live-streamed exclusively on www.walkoffame.com

Philip Edward “Phil” Hartman (September 24, 1948 ~ May 28, 1998; born Hartmann) was a Canadian American actor, comedian, screenwriter and graphic artist. Born in Brantford, Ontario, Hartman and his family moved to the United States when he was 10. After graduating from California State University, Northridge, with a degree in graphic arts, he designed album covers for bands such as Poco and America. Feeling the need for a more creative outlet, Hartman joined the comedy group The Groundlings in 1975 and helped comedian Paul Reubens develop his character Pee-wee Herman. Hartman co-wrote the screenplay for the film “Pee-wee’s Big Adventure” and made recurring appearances on Reubens’ show “Pee-wee's Playhouse.”

Hartman became famous in the late 1980s when he joined the sketch comedy show “Saturday Night Live.” He won fame for his impressions, particularly of President Bill Clinton, and he stayed on the show for eight seasons. He was given the moniker “The Glue” for his ability to hold the show together and help other cast members. In 1989, Hartman won a Primetime Emmy Award for his “SNL” work. In 1995, after scrapping plans for his own variety show, he starred as Bill McNeal in the NBC sitcom “NewsRadio.” He had frequent roles on “The Simpsons” as Lionel Hutz, Troy McClure, and others, and appeared in the films “Houseguest,” “Sgt. Bilko,” “Jingle All the Way” and “Small Soldiers.”

Sadly, Phil Hartman passed away in 1998. The authorized biography of Hartman titled “You Might Remember Me: The Life and Times of Phil Hartman” written by Mikel Thomas will be released on September 23, 2014 by St. Martin’s Press. A CD “Phil Hartman’s Flat TV” is available via George Carlin’s record label at www.laugh.com. 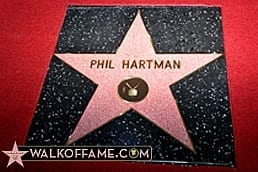