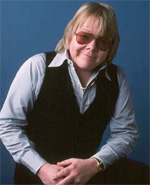 Williams is responsible for a number of enduring pop hits from the 1970s, including a number of hits for Three Dog Night, Helen Reddy, and The Carpenters, most notably “Rainy Days and Mondays,” “I Won’t Last a Day Without You,” and “We’ve Only Just Begun”, which has since become a cover-band standard and de rigueur for weddings throughout North America. “We’ve Only Just Begun” was originally a song for Crocker National Bank television commercial featuring newlyweds. An early collaboration with Roger Nichols, “Someday Man”, was covered by The Monkees on a 1969 single, and was the first Monkees’ release not published by Screen Gems. Bobby Sherman also sang “Cried Like a Baby”. Anne Murray sang “Talk It Over in the Morning”. He also wrote the cantata Wings with music by Michel Colombier.

A frequent cowriter of Williams was musician Kenneth Ascher; their songs together included the popular children’s favorite “The Rainbow Connection”, sung by Kermit the Frog in The Muppet Movie. Williams also collaborated with Biff Rose, notably on the song “Fill Your Heart”, originally recorded by Tiny Tim as the B-side of his 1968 hit “Tiptoe Through The Tulips” and subsequently covered by David Bowie on his album Hunky Dory. Most recently, he collaborated with Scissor Sisters on their second album, Ta-Dah. He first was a part of a short lived rock group called “Holy Mackerel”.

Williams has worked on the music of a number of films, including writing and singing on Phantom of the Paradise and Bugsy Malone. He contributed lyrics to the song You’re So Nice to Be Around with music by John Williams, and it earned them a Oscar nomination. Along with Kenneth Ascher and Rupert Holmes, they wrote the music and lyrics to A Star Is Born, with Barbra Streisand and Kris Kristofferson.