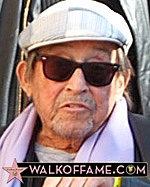 Watch Paul Mazursky unveil star on Walk of Fame at the end of this page.

Irwin Mazursky was born in Brooklyn, New York on April 25, 1930. Mazursky made his film debut as an actor in Stanley Kubrick’s first feature, Fear and Desire, in which he changed his first name to Paul, and later appeared as a juvenile delinquent in the 1955 film The Blackboard Jungle. He soon became a writer and worked on The Danny Kaye Show in 1963. In 1965, Mazursky collaborated with Larry Tucker in crafting the script of the original pilot of The Monkees television series, in which they both also appeared in cameos.

In his autobiography Show Me the Magic (1999), Mazursky recounts his experiences in filmmaking and with several well-known screen personalities including Peter Sellers.

Mazursky has appeared as himself in a number of documentaries, including A Decade Under the Influence, New York at the Movies and Screenwriters: Words Into Image. In Moon Over Parador, with the Rio Opera House available for only three days of shooting, Mazursky cast himself as a dictator’s mother when Judith Malina was unavailable, playing the character in drag.

In recent years, Mazursky had a small part as “Sunshine” the poker dealer in The Sopranos. He also appeared in five episodes of Season 4 of Curb Your Enthusiasm as Mel Brooks’ associate Norm; he later reprised the role in an episode in Season 7.

Mazursky has received five Academy Award®nominations, four for his screenplay writing on Bob & Carol & Ted & Alice (1969), Harry and Tonto (1974), An Unmarried Woman (1978) and Enemies, a Love Story (1989), and once as producer of An Unmarried Woman (nominated for Best Picture). In 2000, Mazursky was the recipient of the Austin Film Festival’s Distinguished Screenwriter Award.

Mazursky is involved in such charities as Amnesty International, Brooklyn College and Antioch College. 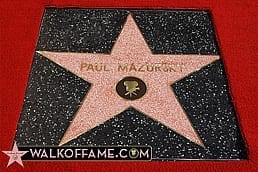