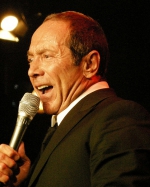 Anka first became famous as a teen idol in the late 1950s and 1960s with hit songs like "Diana'", "Lonely Boy", and "Put Your Head on My Shoulder". He went on to write such well-known music as the theme for The Tonight Show Starring Johnny Carson and one of Tom Jones's biggest hits, "She's a Lady", and the English lyrics for Frank Sinatra's signature song, "My Way".

In 1983, he co-wrote with Michael Jackson the song "I Never Heard", which was retitled and released in 2009 under the name "This Is It". An additional song that Jackson co-wrote with Anka from this 1983 session, "Love Never Felt So Good", has since been discovered, and will be released in the near future.

Anka became a naturalized US citizen in 1990.