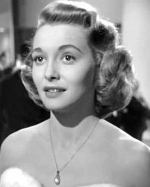 Patricia Neal was an American actress of stage and screen. She was best known for her roles as World War II widow Helen Benson in The Day the Earth Stood Still, wealthy matron Emily Eustace Failenson in Breakfast at Tiffany’s, and middle-aged housekeeper Alma Brown in Hud, for which she won the Academy Award for Best Actress.

Neal was born Patsy Louise Neal, in Packard, Whitley County, Kentucky, to William Burdette and Eura Petrey Neal. She grew up in Knoxville, Tennessee, where she attended Knoxville High School, and studied drama at Northwestern University. In later years, she became Roman Catholic.

After moving to New York, she accepted her first job as understudy in the Broadway production of The Voice of the Turtle. Next she appeared in Another Part of the Forest, winning a Tony Award as Best Featured Actress in a Play, in the first presentation of the Tony awards.

In 1949, Neal made her film debut in John Loves Mary. Her appearance the same year in The Fountainhead coincided with her on-going affair with her married co-star, Gary Cooper. By 1952, Neal had starred in The Breaking Point, The Day the Earth Stood Still and Operation Pacific. She suffered a nervous breakdown around this time, following the end of her relationship with Cooper, and left Hollywood for New York, returning to Broadway in a revival of The Children’s Hour, in 1952. She also acted in A Roomful of Roses in 1955 and as the mother in The Miracle Worker in 1959.