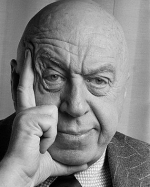 Education:
Law at the University of Vienna, Austria

Otto Ludwig Preminger was an Austro?Hungarian-born American film director who moved from the theatre to Hollywood, directing over 35 feature films in a five-decade career. He rose to prominence for stylish film noir mysteries such as Laura and Fallen Angel. In the 1950s and 1960s, he directed a number of high-profile adaptations of popular novels and stage works. Several of these pushed the boundaries of censorship by dealing with topics which were then taboo in Hollywood, such as drug addiction, rape, and homosexuality. He was twice nominated for the Best Director Academy Award. He also had a few acting roles.

Preminger was born in 1905 in Wiznitz, a town west of Czernowitz, Northern Bukovyna, in today's Ukraine, then part of the Austro?Hungarian Empire, to Markus and Josefa Preminger. Preminger's father was born in 1877 in Galicia, at a time when it was part of the Austro?Hungarian Empire. As an Attorney General of Austria?Hungary, Markus was a proud public prosecutor on the cusp of an extraordinary career defending the interests of the Emperor Franz Josef. The couple provided a stable home life for Preminger and his brother Ingo.

After the assassination in 1914 of Archduke Franz Ferdinand, the heir to the throne, which led to the Great War, Russia entered the war on the Serbian side, and tsarist armies began to invade Eastern Europe. Perilously close to Russia, Czernowitz was especially vulnerable. Like other refugees in flight, Markus Preminger saw Austria as a safe haven for his family. He was able to secure a job as a public prosecutor in Graz, capital of the Austrian province of Styria. Preminger prosecuted nationalist Serbs and Croats who had been imprisoned as suspected enemies of the Empire. When the Preminger family relocated, Otto was nearly nine, and was enrolled in a school where instruction in Catholic dogma was mandatory and Jewish history and religion had no place on the syllabus. Ingo, not yet four, remained at home. Otto was often teased by Catholic classmates and was told by his father to answer that he was Jewish when asked.

After a year in Graz, the decisive public prosecutor was summoned to Vienna, where he was offered an eminent position, roughly equivalent to that of the United States Attorney General. Markus was told that the position would be his only if he converted to Catholicism. In a gesture of defiance and self-assertion, Markus refused. He received the position anyway. In 1915, Markus relocated his family to Vienna, the city that Otto later claimed to have been born in. Although now working for the emperor, Markus was a government official, respectable, but not part of the highly-prized inner city. As a result, the family started their new lives with rather modest quarters. Vienna was still an imperial capital with an array of cultural offerings that tempted Otto, at ten already incurably stagestruck. Often accompanied by his maternal grandfather, Otto made regular visits, sometimes as many as three or four a week, to the Burgtheater on the Ringstrasse, where he saw a wide variety of both classical and contemporary plays. 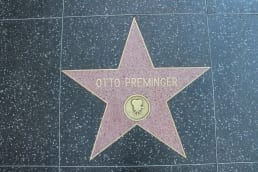