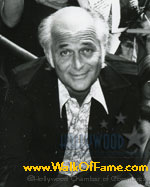 Norman Milton Lear is an American television writer and producer who produced such 1970s sitcoms as All in the Family, Sanford and Son, One Day at a Time, The Jeffersons, Good Times and Maude. As a political activist, he founded the civil liberties advocacy organization People For the American Way in 1981 and has supported First Amendment rights and liberal causes.

Lear was born in New Haven, Connecticut, the son of Jeanette and Herman Lear, who worked in sales. He grew up in a Jewish home and had a Bar Mitzvah. Lear went to high school in Hartford, Connecticut and subsequently attended Emerson College in Boston, but dropped out in 1942 to join the United States Army Air Forces. During World War II, he served in the Mediterranean Theater as a radio operator/gunner on Boeing B-17 Flying Fortress bombers with the 772nd Bombardment Squadron, 463rd Bombardment Group of the Fifteenth Air Force. He flew 52 combat missions, for which he was awarded the Air Medal with four Oak Leaf Clusters. Lear was discharged from the Army in 1945. He and his fellow World War II crew members are featured in the book "Crew Umbriago" by Daniel P.Carroll, and also in another book: 772nd Bomb Squadron: The Men, The Memories by Turner Publishing Company.

In 1954, Lear was enlisted as a writer hoping to salvage the new Celeste Holm CBS sitcom, Honestly, Celeste!, but the program was canceled after eight episodes. In 1959, Lear created his first television series starring Henry Fonda, a half-hour western for Revue Studios called The Deputy. Starting out as a comedy writer, then a film director, Lear tried to sell a concept for a sitcom about a blue-collar American family to ABC. They rejected the show after two pilots were filmed. After a third pilot was shot, CBS picked up the show, known as All in the Family. It premiered January 12, 1971 to disappointing ratings, but it took home several Emmy Awards that year, including Outstanding Comedy Series. The show did very well in summer reruns, and it flourished in the 1971-1972 season, becoming the top-rated show on TV for the next five years. After falling from the #1 spot, All in the Family still remained in the top ten, well after it transitioned into Archie Bunker's Place. The show was based on the British sitcom Til Death Us Do Part, about an irascible working-class Tory and his Socialist son-in-law.

Lear's second big TV hit was also based on a British sitcom, Steptoe and Son, about a west London junk dealer and his son. Lear changed the setting to the Watts section of Los Angeles and the characters to African-Americans, and the NBC show Sanford and Son was an instant hit. Numerous hit shows followed thereafter, including Maude, The Jeffersons, and One Day at a Time.