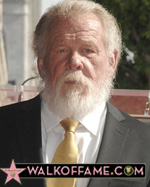 The Hollywood Chamber of Commerce proudly honored actor Nick Nolte with the 2,623rd star on the Hollywood Walk of Fame today, November 20th, at 11:30 a.m. PST. The star was dedicated in the category of Motion Pictures at 6433 Hollywood Boulevard in front of the Pacific Theatre.

“Nick Nolte is a Hollywood favorite and we are thrilled to dedicate his star on our iconic Walk of Fame,” stated Leron Gubler, Hollywood Chamber of Commerce President and CEO.

The Hollywood Chamber of Commerce which administers the popular star ceremonies encourages people who are unable to attend and fans around the world to watch the event  exclusively on www.walkoffame.com.

Nolte is currently starring in “Graves” in his Golden Globe nominated performance as ex-president Richard Graves, a former two-term POTUS who hopes to end the wrongs of his administration 25 years after leaving the White House. Season 2 of “Graves” premiered on EPIX October of 2017 and currently airs Sunday nights at 10:00 PM ET on EPIX. The season finale is December 10th.  Produced by Lionsgate, “Graves” was created by Joshua Michael Stern (“Swing Vote,” “Jobs”) who also serves as showrunner and Academy Award® winner Greg Shapiro (“The Hurt Locker,” “Zero Dark Thirty”) is the executive producer. Executive Producers include Keith Eisner (“The Good Wife”) and Eric Weinberg (“Scrubs”), with David Iserson (“Mad Men”) as Supervising Producer and Bill Hill (“Veep,” “Eastbound & Down”), Lisa Parsons (“Arrested Development”) and Abby Genwanter (“Pushing Daisies”) as producers.

Nolte, an Omaha, Nebraska native, played college football before he discovered theatre, and began his acting career at the Pasadena Playhouse. He then studied briefly with Bryan O’Byrne at Stella Adler’s Academy in Los Angeles. Soon following, he traveled for several years performing in regional theatres.

Landing a breakthrough role in the legendary television series “Rich Man, Poor Man” marked only the beginning for Nolte, launching him into international fame and garnering him Emmy and Golden Globe Award nominations for his performance. Following its success, he made his feature film starring debut in “The Deep” opposite Jacqueline Bisset. Nolte has since never looked back. Diversity of character became Nolte’s signature in his early film career, with roles as a drug-smuggling Vietnam veteran in “Who’ll Stop The Rain,” as a disillusioned football star in “North Dallas Forty” which he developed with author Peter Gent, as free-spirited beat-era writer Neal Cassady in “Heart Beat,” and as a reclusive marine biologist in “Cannery Row.”  Nolte continued to challenge himself with such character roles as the philosophical vagrant in “Down and Out in Beverly Hills,” a tough cop in “48 Hours,” an American photojournalist in “Under Fire,” and a determined lawman in “Extreme Prejudice.” He created another unique character in “Weeds,” as an ex-con turned playwright.

Nolte’s additional film credits include “Hotel Rwanda,” “The Good Thief,” “The Hulk” and “Northfork” for Paramount Classics. Nolte also re-teamed with director Alan Rudolph to film “Investigating Sex,” in which he starred opposite Neve Campbell and Robin Tunney.

In recent years, Nolte has successfully added to his credit, top-contending films such as director Paul Schrader’s “Affliction,” for which he received Academy Award®, Golden Globe, and Independent Film nominations for Best Actor; Oliver Stone’s “U-Turn” co-starring Sean Penn and Jennifer Lopez; “Afterglow” produced by Robert Altman; “Jefferson In Paris,” where he portrayed Thomas Jefferson; Martin Scorsese’s thriller remake “Cape Fear,” and “The Prince of Tides,” in which he starred opposite Barbra Streisand, and received an Oscar® nomination for Best Actor and won the Golden Globe as Best Actor from the Hollywood Foreign Press Association. He starred opposite Julia Roberts in “I Love Trouble,” and as a basketball coach in “Blue Chips” for director William Friedkin. Additionally, Nolte starred in “I’ll Do Anything” for writer/director James L. Brooks, and in the critically-acclaimed “Lorenzo’s Oil,” co-starring Susan Sarandon.

Other Nolte film credits have included “Three Fugitives,” “Farewell to the King,” Scorsese’s segment of “New York Stories,” Karel Reisz’s “Everybody Wins,” and Sidney Lumet’s “Q&A.” Nolte also voiced the character of Vincent the Bear in DreamWorks’ animated feature “Over the Hedge.”

Nolte’s long-anticipated autobiography Rebel will be published by HarperCollins on January 23rd.

Nolte is a strong supporter of the Red Cross. 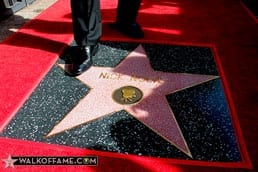