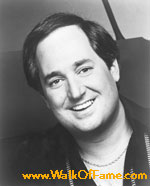 Neil Sedaka is an American pop singer, pianist, and songwriter. His career has spanned over 50 years, during which time he has written many songs for himself and others, often working with lyricists Howard Greenfield and Phil Cody.

Sedaka was born in Brooklyn, New York. His father, Mac Sedaka, a taxi driver, was the son of Turkish Jewish immigrants ; his mother, Eleanor Sedaka, was of Polish-Russian Jewish descent. He grew up in an apartment in Brighton Beach, Brooklyn. He is the cousin of singer Eydie Gorme.

He demonstrated musical aptitude in his second-grade choral class, and when his teacher sent a note home suggesting he take piano lessons, his mother took a part-time job in an Abraham & Straus department store for six months to pay for a second-hand upright. He took to the instrument immediately. In 1947, he auditioned successfully for a piano scholarship to the Juilliard School of Music's Preparatory Division for Children, which he attended on Saturdays. He also maintained an interest in popular music, and when he was 13, a neighbor heard him playing and introduced him to her 16-year-old son, Howard Greenfield, an aspiring poet and lyricist. The two began writing together.

After graduating from Lincoln High School, Sedaka and some of his classmates formed a band called The Tokens. The band had minor regional hits with songs like "While I Dream", "I Love My Baby", "Come Back Joe", and "Don't Go", before Sedaka launched out on his own in 1957. However, after a few personnel changes, in 1961, The Tokens would hit #1 on the Billboard pop charts with the international smash "The Lion Sleeps Tonight". Meanwhile, the very young Sedaka's first three solo singles, "Laura Lee", "Ring-a-Rockin'", and "Oh, Delilah!" failed to become hits. But they demonstrated his ability to perform as a solo singer, so RCA Victor signed him to a recording contract.