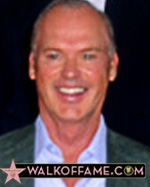 Watch the star ceremony as the Hollywood Chamber honors Michael Keaton on Hollywood Walk of Fame below.

The Hollywood Chamber of Commerce proudly honored actor Michael Keaton with the 2,585th star on the Hollywood Walk of Fame today, Thursday, July 28, 2016 at 11:30 a.m. PDT. The star in the category of Motion Pictures was dedicated at 6931 Hollywood Boulevard in front of Madame Tussauds Hollywood.

Helping Emcee and Hollywood Chamber President/CEO Leron Gubler to unveil the star were John Lee Hancock and Keaton’s son, songwriter Sean Douglas. “Michael Keaton has established himself as one of Hollywood’s most popular actor with fans around the world and is well respected amongst his peers in the entertainment field. We are proud to welcome this megastar to the Hollywood Walk of Fame,” stated Ana Martinez, Producer of the Hollywood Walk of Fame ceremonies.

Appearing in more than 50 films during his 30-year career, Keaton first achieved national attention with the hit comedy Night Shift, followed by starring roles in such popular films as Mr. Mom, Johnny Dangerously and Dream Team. His other films include: Need for Speed, The Paper and Robocop.

In 1998, Keaton earned the Best Actor Award from the National Society of Film Critics for Clean and Sober and for Tim Burton’s Beetlejuice. He re-teamed with Burton to play the title role in the blockbusters Batman and Batman Returns.

Keaton also starred in HBO’s highly-regarded true-life drama Live From Baghdad for which he received a Golden Globe nomination for his role as intrepid CNN reporter Robert Weiner. He also starred in the Universal thriller White Noise and in Game Six which premiered at the 2005 Sundance Film Festival.

As the star of the 2015 Academy Award© Best Picture winner Birdman: Or (The Unexpected Virtue of Innocence), Michael Keaton garnered critical and public acclaim for his role as Riggan, a one-time celebrated, now washed-up actor battling to regain his ego and career by mounting a Broadway play.

For his work in Birdman, Keaton was nominated for an Academy Award© and won the Golden Globe, Independent Spirit, and National Board of Review Awards for Best Actor as well as many other nominations and honors including a SAG Ensemble Cast win.

Most recently, Keaton starred in the Academy Award© Best Picture winner Spotlight, the compelling true story of how the Boston Globe uncovered a massive scandal within the Catholic Church. He will next be seen in The Weinstein Company film The Founder, in which he portrays Ray Kroc, the founder of McDonald’s. Keaton will soon begin production on the Sony Marvel Studios feature Spiderman Homecoming and American Assassins for CBS Films.

Keaton is associated with several environmental organizations such as American Rivers, Gallatin Valley Land Trust and The Wild Salmon Center as well as other charitable endeavors. 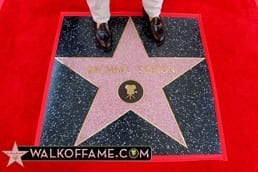