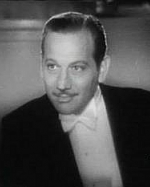 Douglas was born in Macon, Georgia, the son of Lena Priscilla, a Protestant Tennessee-born Mayflower descendant, and Edouard Gregory Hesselberg, a Jewish concert pianist and composer from Riga, Latvia. Though his father taught music at a succession of colleges in the U.S. and Canada, Douglas never graduated from high school.

Douglas developed his acting skills in Shakespearean repertory while in his teens and with stock companies in Sioux City, Iowa; Evansville, Indiana; Madison, Wisconsin, and Detroit, Michigan. He established an outdoor theatre in Chicago. He had a long theatre, film and television career as a lead player, stretching from his 1930 Broadway role in Tonight or Never until just before his death. Douglas shared top billing with Boris Karloff and Charles Laughton in James Whale’s sardonic horror classic The Old Dark House in 1932. He was the hero in the 1932 horror film The Vampire Bat and the sophisticated leading man in 1935’s She Married Her Boss. He played opposite Joan Crawford in several films, most notably A Woman’s Face, and with Greta Garbo in three films: As You Desire Me, Ninotchka and Garbo’s final film Two-Faced Woman. During World War II, Douglas served first as a director of the Arts Council in the Office of Civilian Defense, and then in the United States Army. He returned to play more mature roles in The Sea of Grass and Mr. Blandings Builds His Dream House. In 1959 he made his musical debut playing Captain Boyle in the ill-fated Marc Blitzstein musical Juno, based on Sean O’Casey’s Juno and the Paycock.