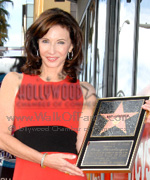 Young Mary was fond of arts and literature. She was active in her school drama class. In 1972 she moved to New York to study acting. In 1980 she shot to fame with her role as Lynda Dummar in Melvin and Howard for which she won Oscar for Best Actress in a Supporting Role.

She will next be seen in Did You Hear About the Morgan's?, starring Hugh Grant and Sarah Jessica Parker. The Sony Pictures film is being released wide on December 18.

Recent films include Open Roads, starring Jeff Bridges and Justin Timberlake and the Warner Bros. film, The Proposal, starring Sandra Bullock and Ryan Reynolds. Last fall she was seen in Four Christmases, starring Reese Witherspoon and Vince Vaughn, and last summer Mary was seen in the comedy Stepbrothers, starring Will Farrell and John C. Reilly. In 2007 she starred in The Brave One, with Jody Foster and Terrence Howard. In 2006 she shot Nobel Son, opposite Alan Rickman and Bill Pullman. She appeared for two seasons on the Emmy-nominated CBS series, Joan of Arcadia. In February of 2006 Mary starred in the David Mamet-directed play Boston Marriage at The Geffen Playhouse in Los Angeles. She was seen co-staring in the independent feature Marilyn Hotchkiss' Ballroom Dancing and Charm School. In 2003 she was seen in the CBS television film It Must be Love co-starring her husband, Ted Danson. Mary co-starred in New Line Cinema's Elf, alongside Will Farrell and James Caan. She has appeared in two films for director John Sayles, Sunshine State and Casa De Los Babys. In 2001 Mary appeared alongside Kevin Kline in Irwin Winkler's Life as a House, which had its world premiere at the Toronto International Film Festival. She has constantly redefined herself through challenging roles in films such as Philadelphia, Parenthood and What's Eating Gilbert Grape.

In spring of 2002, Mary starred with her husband, Ted Danson in a CBS television miniseries entitled Talking to Heaven. They had previously worked together in 1996 on the critically-acclaimed NBC miniseries Gulliver's Travels and in the 1994 feature film Pontiac Moon.

Mary starred with Jon Voight and F. Murray Abraham in Robert Halmi's Noah's Ark for NBC and was also nominated for a Screen Actors Guild Award for her role in About Sarah, a two- hour made-for -television movie for CBS in which she played a developmentally-disabled adult.

Other films that encompass Mary's career include: The Grass Harp with Walter Matthau, Jack Lemmon and Piper Laurie, as well as Back to the Future III, Time After Time, A Midsummer Night's Sex Comedy, Cross Creek, One Magic Christmas, Dead of Winter and End of the Line, on which she also served as the film's executive producer.

Steenburgen's career on the stage includes starring in The Beginning of August, Holiday, George Bernard Shaw's production of Candida at New York's Roundabout Theater and most recently in Marvin's Room at the Tiffany Theater in Los Angeles.

In addition to her professional work, Mary has devoted a great deal of time to causes close to her heart. In 1989 she and fellow actress, Alfre Woodard founded Artists for a Free South Africa, and in 1996 Mary and Ted were presented with Liberty Hill Foundation's prestigious Upton Sinclair Award for their work in human rights and environmental causes.