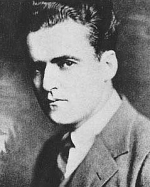 Born in San Bernardino, California, Neilan was known by most as “Mickey.” Following the death of his father, the eleven-year-old Mickey Neilan had to give up on schooling to work at whatever work he could find in order to help support his mother. As a teenager, he began acting in bit parts in live theatre, and in 1910 he got a job driving Biograph Studios executives around Los Angeles there to determine the suitability of the West Coast as a place for a permanent studio.

Neilan made his film debut as part of the acting cast on the American Film Manufacturing Company Western The Stranger at Coyote. Hired by Kalem Studios for their Western film production facility in Santa Monica, Neilan was first cast opposite Ruth Roland. Described as confident, but egotistical at times, Neilan’s talent saw him directing films within a year of joining Kalem. After acting in more than seventy silent film shorts for Kalem and directing more than thirty others, Neilan was hired by the Selig Polyscope Company then Bison Motion Pictures and Famous Players-Lasky Corporation. In 1915, Neilan was one of the founding members of the Motion Picture Directors Association along with directors such as Cecil B. DeMille, Allan Dwan, and William Desmond Taylor.

At the end of 1916, Neilan was hired by Mary Pickford Films where he directed Pickford in several productions including Rebecca of Sunnybrook Farm and The Little Princess in 1917, plus Stella Maris, Amarilly of Clothes-Line Alley, M’Liss in 1918, and Daddy-Long-Legs in 1919.