Marlin Hurt was an American stage entertainer and radio actor who was best known for originating the dialect comedy role of Beulah made famous on the Fibber McGee and Molly program and the first season of the Beulah radio series.

A saxophone player and vocalist, Hurt was once a singer with the Vincent Lopez band before becoming part of a vocal trio with Bud and Gordon Vandover billed as "Tom, Dick, and Harry".

When the act was dissolved due to Bud Vandover's death in 1943, Hurt became a solo performer with a combination of saxophone and dialect humor.

Hurt's inspiration for the Beulah voice was an African-American woman named Mary who cooked for his family. While he was using this characterization on The Fred Brady Show, the summer, 1943 replacement for The Bob Burns Show on NBC, Fibber McGee writer Don Quinn "discovered" Hurt for a widespread audience, and cast Hurt/Beulah as the McGees' maid on what was one of the highest rated radio programs. 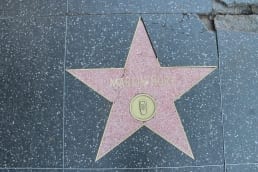