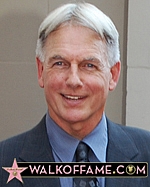 The event was streamed live at www.walkoffame.com
Watch the complete star ceremony at the bottom of the page.

During the course of an enviable career, Mark Harmon’s acting talent has earned him multipleEmmy and Golden Globe nominations.  But it is his portrayal of Special Agent Leroy Jethro Gibbs on NCIS for which he is most recognized. The CBS drama continues to rank in the #1 spot among scripted shows.  It’s no surprise that Harmon and the series were nominated for the People’s Choice Award.

Filmed in Los Angeles, the show begins its 10th season on Tuesday, September 25, on the CBS Television Network and airs on Tuesdays (8:00-9:00 PM, ET/PT).

In other television work, he was nominated for an Emmy for Outstanding Guest Actor in a Drama Series for NBC’s much-lauded “The West Wing.” Previously he earned an Emmy nomination for Outstanding Supporting Actor in a Drama Special for “Eleanor and Franklin: The White House Years.”  He received two consecutive Golden Globe nominations for his work on “Reasonable Doubts,” and received two additional Golden Globe nominations for Best Performance by an Actor in a Motion Picture Made for TV; one for “After the Promise,” and another for his role as notorious serial killer Ted Bundy in “The Deliberate Stranger.” Along with his costars on “Chicago Hope,” he received two Best Ensemble SAG Award nominations. While on the hit show, Harmon also directed several episodes of the program.  Other notable television performances include portraying astronaut Wally Schirra in HBO’s “From Earth to the Moon” produced by Tom Hanks, “St. Elsewhere,” “Moonlighting,” and Tennessee Williams’ “Sweet Bird of Youth.”

On the big screen, Harmon played the co-host of a local morning news show in the indie film “Weather Girl,” the President of the United States in Warner Brothers’ film “Chasing Liberty” with Mandy Moore and opposite Jamie Lee Curtis in the Disney hit remake of “Freaky Friday.”  He made his feature film debut in Alan Pakula’s “Comes a Horseman.”  Additional credits include Lawrence Kasdan’s “Wyatt Earp,” “Stealing Home,” with Jodie Foster, “The Presidio,” and Carl Reiner’s smash hit, “Summer School.”  Harmon also made memorable cameo appearances in “Fear and Loathing in Las Vegas,” “Natural Born Killers,” and “The Last Supper.”  He lent his voice to the character of Superman in Warner Home Video’s release “Justice League: Crisis on Two Earths” as well. 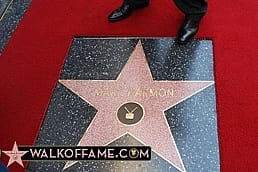