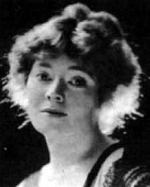 Marjorie Rambeau was an American film and stage actress.

Rambeau was born in San Francisco, California. She began performing on the stage at the age of 12.

In her youth she was a Broadway leading lady. In 1921, Dorothy Parker memorialized her in verse:

Her few silent film roles such as Mary Moreland, The Dazzling Miss Davison, The Mirror, The Debt, Motherhood and The Greater Woman were not major successes. By the time talkies came along she was in her early forties and she began to take on character roles in films such as Min and Bill, The Secret Six, Laughing Sinners, Grand Canary, Palooka, and Primrose Path, for which she was nominated for the Academy Award for Best Supporting Actress.