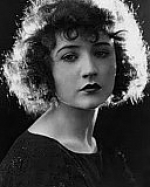 Marguerite Clark was an American stage and silent film actress.

Born to a farming family in Avondale, Cincinnati, Ohio, Clark was educated at a Roman Catholic boarding school in Cincinnati. She finished school at age 16, and, having decided to pursue a career in the theatre, she quickly showed herself to be a gifted actress.

After performing for only a short time, she made her Broadway debut in 1900. The 17-year-old went on to star at various venues. In 1903 she was seen on Broadway opposite that hulking comedian DeWolf Hopper in Mr. Pickwick. The Hopper dwarfed the nearly Clark in their scenes together. Several adventure-fantasy roles followed. In 1909 Clark starred in the whimsical costume play The Beauty Spot keeping in line with the kind of fantasy stories she would soon do in films and which would become her hallmark. In 1910 Clark appeared in The Wishing Ring, a play directed by Cecil DeMille and later made into a motion picture by Maurice Tourneur. That same 1910 season had Clark appearing in Baby Mine, a popular play produced by William A. Brady. In 1912 Clark performed in a starring role with John Barrymore, Doris Keane and Gail Kane in the play The Affairs of Anatol later made into a motion picture by Clark’s future movie studio Famous Players-Lasky and directed by Cecil DeMille. Also in 1912 Clark starred in a memorable production of Snow White and the Seven Dwarfs. This role was a definition of Clark’s persona, and she would make an influential film version of the story in 1916. Clark’s popularity led to her signing a contract in 1914 to make motion pictures with Famous Players-Lasky Corporation.

At age 31 it was relatively late in life for a film actress to begin a career with starring roles, but the diminutive Clark, who stood 4