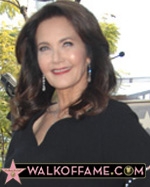 The Hollywood Chamber of Commerce proudly honored actress/singer Lynda Carter with the 2,632nd star on the Hollywood Walk of Fame today, Tuesday, April 3, 2018 at 11:30 a.m. PDT. The star was dedicated in the category of Television at 6562 Hollywood Boulevard.

“Superhero fans will be thrilled to see the TV’s iconic original ‘Wonder Woman’ Lynda Carter honored with her well-deserved star on the Hollywood Walk of Fame!” stated Leron Gubler, Hollywood Chamber of Commerce President and CEO. “We are proud to add Lynda onto our historic Walk of Fame.”

Best known for winning our hearts as TV’s iconic “Wonder Woman,” Lynda Carter is an accomplished singer who has performed to rave reviews before sell-out crowds around the world. In addition to her long acting career, Carter has the distinction of producing and starring in five highly-rated network television specials, several of which were Emmy nominated. She has appeared onstage with many of the world’s most renowned singers, including Ray Charles, Tom Jones, Kenny Rogers, Bob Hope, George Benson, and Ben Vereen. She has starred in more than 40 television shows and films.

Carter made her professional singing debut at age 14 in Tempe, Arizona. She was crowned Miss World America in 1972. Shortly thereafter, Carter outdistanced hundreds of other actresses for the part of ‘Wonder Woman,’ a character she infused with such depth and humor that it has become one of the most indelible characters in television history. Carter’s fame led to her becoming the face of Maybelline Cosmetics, and she remained Maybelline’s top model for over a decade. But her roots remained with her music.

Singing was in her soul, and Carter was on the road performing in her teens and traveled from the Catskills to Las Vegas and from San Francisco to the saloons in Texas. An engaging storyteller, she takes her audience on a journey where her life story and her music intertwine. Though she continued to act in films and television, when she had children Carter left the road to raise her family. She returned to live performing in 2006, appearing on the London stage with an acclaimed star turn in Chicago. In 2007, Carter started touring again in venues across the country with her band of Nashville all stars.

Carter stars in the new “Super Troopers 2” film, which will be released this month, and she was recently seen on the CW hit series “Supergirl” as the President of the United States. She will also be heard narrating the Smithsonian Channel’s “Epic Women Warriors,” three-part series airing this Spring. Other TV guest roles have included “Law and Order SVU” and “Two and a Half Men”.

Carter has brought her concert to major venues across the country, including the Kennedy Center and Jazz at Lincoln Center. Her first CD, At Last, was released in 2010 and dropped at No. 6 on the Billboard charts. Her second CD, Crazy Little Things, was released in June 2011. Carter and her all-star Band will release a new album just last week called Red, Rock N’ Blues.

Carter has been honored with such awards as the Hispanic Woman of the Year (1983), Lifetime Achievement Award (Gracies) by the Alliance of Women in Media, AMVETS Ladies Auxiliary Humanitarian Award, and many more.

Carter has been involved in several charities including Father Martin’s Ashley Women in Recovery, The Special Olympics, Children in the Arts. She was honored with the Jill Ireland Award for her volunteer work with the Susan G. Koman Foundation. She is a strong supporter for gay rights and was the Grand Marshal for several Pride Parades around the country in the past years. 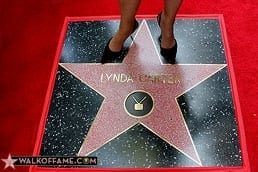