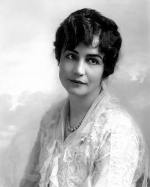 Lois Weber was an American silent film actress, producer and director, and was the first woman to direct a full-length feature film when she directed The Merchant of Venice in 1914.

Weber was born in Allegheny, Pennsylvania, where she was apparently an excellent pianist. She ran away from home hoping to pursue a singing career in New York City. After leaving home she lived in poverty and worked as a street-corner evangelist, preaching and singing hymns in New York and Pittsburgh. In 1905 she joined the Gaumont Film Company as an actor, and in 1906 married Gaumont manager Phillips Smalley.

In 1908 she landed a role in a film she had written called Hypocrites, which was directed by Herbert Blaché, husband of famous early filmmaker Alice Guy. Hypocrites was also the title of a 1915 film that Weber wrote, directed, produced — and starred in — which addressed social themes and moral lessons considered daring for the time. These films included abortion and birth control in Where Are My Children?, capital punishment in The People vs. John Doe, and alcoholism and drug addiction in Hop, the Devil's Brew. Because of their controversial nature, her films were often successful at the box office.

In 1916 she became Universal Studios' highest-paid director, and in 1917 she formed her own production company, Lois Weber Productions. Lois Weber was the only woman granted membership in the Motion Picture Directors Association. Film director John Ford worked with Weber as her assistant before making films on his own. One of Weber's most successful films from this period was The Blot with Claire Windsor and Louis Calhern, one of five films of Weber's released through Paramount Pictures. 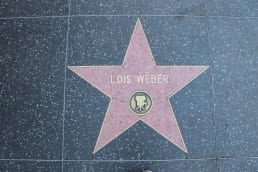