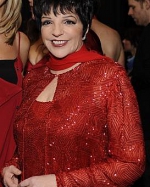 Already established as a nightclub singer and musical theatre actress, she first attracted critical acclaim for her dramatic performances in the movies The Sterile Cuckoo and Tell Me That You Love Me, Junie Moon. Minnelli rose to international stardom for her appearance as Sally Bowles in the 1972 film version of the Broadway musical, Cabaret, for which she won the Academy Award for Best Actress.

While film projects such as Lucky Lady, A Matter of Time and New York, New York were less favorably received than her stage roles, Minnelli became one of the most versatile, highly regarded and best-selling entertainers in television, beginning with Liza with a Z in 1972, and on stage in the Broadway productions of Flora the Red Menace, The Act and The Rink. Minnelli also toured internationally and did shows such as Liza Minnelli: At Carnegie Hall, Frank, Liza & Sammy: The Ultimate Event, and Liza Live from Radio City Music Hall.

After years of chronic health problems, including a serious infection with viral encephalitis, she returned with a new concert show, Liza’s Back, in 2002. She did several well-received guest appearances in the sitcom Arrested Development and had a small role in the movie The OH in Ohio, while continuing to tour internationally. In 2008/09 she performed the Broadway show Liza’s at The Palace.! which earned a Tony Award for Best Special Theatrical Event.