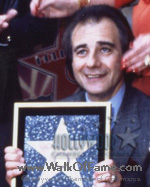 Education:
Sociology and law at the University of Buenos Aires, Argentina

Lalo Schifrin is an Argentine composer, pianist and conductor. He is best known for his film and TV scores, such as the ‘ theme. He has received four Grammy Awards and six Oscar nominations.

Schifrin was born Boris Claudio Schifrin‘ in Buenos Aires. His father, Luis Schifrin, led the second violin section of the orchestra at the Teatro Colón for three decades. At the age of six, Schifrin began a six-year course of study on piano with Enrique Barenboim, the father of the pianist and conductor Daniel Barenboim. At age 16, Schifrin began studying piano with the Russian expatriate Andreas Karalis, former head of the Kiev Conservatory, and harmony with Argentine composer Juan-Carlos Paz. During this time, Schifrin also became interested in jazz.

Although Schifrin studied sociology and law at the University of Buenos Aires, it was music that captured his attention. At age 20, he successfully applied for a scholarship to the Paris Conservatoire. While there, he attended Olivier Messiaen’s classes and formally studied with Charles Koechlin, a disciple of Maurice Ravel. At night he played jazz in the Paris clubs. In 1955, Schifrin played piano with Astor Piazzolla and represented his country at the International Jazz Festival in Paris.