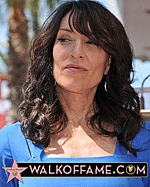 The Hollywood Chamber of Commerce proudly honored actress Katey Sagal with the 2,529th star on the Hollywood Walk of Fame on Tuesday, September 9, 2014 at 11:30 a.m. The star located at 7021 Hollywood Boulevard is situated next to the star of Sagal’s TV husband Ed O’Neill. “We are so excited to be honoring this amazing actress with her very own star and we are thrilled that she is joining our Walk of Fame family,” stated Ana Martinez, producer of the Walk of Fame ceremonies. Helping Leron Gubler to unveil the star in the category of Television were Ed O’Neill, Christina Applegate, David Faustino and CEO of FX Networks and Production, John Landgraf.  Event was live-streamed exclusively on www.walkoffame.com

Golden Globe Award winning actress Katey Sagal has entertained audiences in a variety of dramatic and comedic roles throughout her notable career.

Currently, Sagal stars on the FX drama “Sons of Anarchy,” which is in production on the seventh and final season, and premieres in September. “Sons of Anarchy” is a gritty, one-hour drama about a notorious outlaw motorcycle club in Northern California who fights to protect their small town from drug dealers and local corporate developers.  Sagal plays ‘Gemma,’ the maternal matriarch of the club and won her first Golden Globe, “Best Performance by Actress in a Television Series – Drama,” for the role in 2010. She has also been nominated two years in a row by the Broadcast Television Critics as “Best Actress in a Drama Series.” “The Sons of Anarchy” Season 6 DVD distributed by FOX Home Entertainment is available now.

Next, Sagal will be featured as narrator of the new NBC comedy, “A to Z.”  The half-hour sitcom is executive produced by Rashida Jones and will premiere this fall on October 2nd, 2014. The show stars Ben Feldman and Cristin Milioti.

In 2015, Sagal will appear in the sequel “Pitch Perfect 2,” produced and directed by Elizabeth Banks. She will play the mother of new cast member Hailee Steinfeld‘s character. “Pitch Perfect 2” returns with the original cast including, Anna Kendrick, Rebel Wilson, Brittany Snow, and Adam DeVine. The film is set to release on May 15, 2015.

Prior to her success on “Sons of Anarchy,” Sagal starred in the ABC series “8 Simple Rules…,” alongside the late John Ritter and was the featured voice of ‘Leela,’ a beautiful one-eyed alien, in the Comedy Central animated series “Futurama.”  Sagal has had roles in the independent films “I’m Reed Fish” and the tele-film “3 Wise Guys.”   She also recurred as ‘Helen’ on the ABC television phenomenon “Lost” and ‘Nancy Gilroy’ on FX’s “The Shield.”

Sagal gained national attention for her role as the outrageous ‘Peg Bundy’ in the ground-breaking, highly-rated long-running series “Married with Children,” for which she earned three Golden Globe and two American Comedy Award nominations.

In her first job on television, Sagal joined Mary Tyler Moore in the television series “Mary” and has starred in the television movies “Smart House” and “Mr. Headmistress” (both for “Wonderful World of Disney”), as well as “Chance of a Lifetime,” “Trail of Tears” and “She Says She’s Innocent.”

She has also starred in the feature films “Love Stinks,” “Mail Order,” “The Good Mother,” and the 2000 Sundance Film Festival favorite “Dropping Out.” 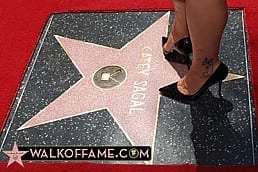