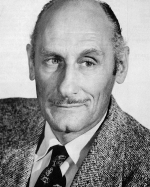 Jules White born Jules Weiss was a movie director and producer. He is best known for his short-subject comedies starring the Three Stooges.

White began working in motion pictures in the 1910s, as a child actor, for Pathé Studios. By the 1920s his brother Jack White had become a successful comedy producer at Educational Pictures, and Jules worked for him as a film editor. Jules became a director in 1926, specializing in comedies.

In 1930 White and his boyhood friend Zion Myers moved to the Metro-Goldwyn-Mayer studio. They conceived and co-directed M-G-M’s gimmicky “Dogville” comedies, which featured trained dogs in satires of recent Hollywood films. White and Myers co-directed the Buster Keaton feature Sidewalks of New York, and launched a series of “Goofy Movies,” one-reel parodies of silent-era melodramas.

In 1933 White was appointed head of Columbia Pictures’ short-subject division, which became the most prolific comedy factory in Hollywood. In a time when theaters were playing more double-feature programs, fewer short comedies were being made; by the mid-1930s three major comedy producers, Hal Roach, Educational Pictures, and Universal Pictures, scaled back their operations. In contrast, by 1938 Columbia’s two-reel-comedy department was so busy that White split it into two units. White produced for the first unit; Hugh McCollum for the second. The Columbia comedy stars alternated between the White and McCollum units.