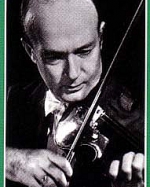 Born into a musical family, he spent his early childhood in a small town in Transylvania. He quickly proved himself to be a child prodigy on the violin, and moved to Budapest with his father to study with renowned pedagogue Jen? Hubay. After completing his studies with Hubay in his early teens, Szigeti began his international concert career. His concertizing at that time was primarily limited to salon-style recitals and the more overtly virtuosic repertoire; however, after making the acquaintance of pianist Ferruccio Busoni, he began to develop a much more thoughtful and intellectual approach to music that eventually earned him the nickname "The Scholarly Virtuoso".

Following a bout of tuberculosis which necessitated a stay in a sanatorium in Switzerland, Szigeti settled in Geneva where he became Professor of Violin at the local conservatory in 1917. It was in Geneva that he met his wife, Wanda Ostrowska, and at roughly the same time he became friends with the great composer Béla Bartók. Both relationships were to be lifelong.

From the 1920s until 1960, Szigeti performed regularly around the world and recorded extensively. He also distinguished himself as a strong advocate of new music, and was the dedicatee of many new works by contemporary composers. Among the more notable pieces written for him are Ernest Bloch's Violin Concerto, Bartók's Rhapsody No. 1, and Eugène Ysaÿe's Solo Sonata No. 1. He retired from the concert stage in 1960 and occupied himself with teaching and writing until his death in 1973, at the age of 80. 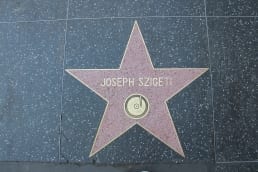