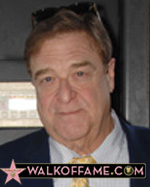 The Hollywood Chamber of Commerce honored actor John Goodman will with the 2,604th star on the Hollywood Walk of Fame today, on Friday, March 10, 2017 at 11:30 a.m. PST. The star, in the category of Motion Pictures, was dedicated at 6767 Hollywood Boulevard in front of theHollywood Wax Museum. The ceremony coincides with the opening day of his new film, “Kong: Skull Island,” in which he stars with Tom Hiddleston, Samuel L. Jackson and Brie Larson. Larson was there to help honor him, along with Jeff Bridges, who starred with Goodman in “The Big Lebowski.”

“John Goodman has entertained generations of film and television audiences in a career spanning four decades,” said Ana Martinez, Producer of the Walk of Fame. “He is a favorite of millions of fans, who will be so glad to see his name immortalized with a well-deserved star on our famous Walk of Fame sidewalk.”

John Goodmanremembers the day in 1975 when he left his native St. Louis for New York, armed only with a degree from Southwest Missouri State University, $1,000 borrowed from his brother, and a dream of becoming a professional actor. He didn’t want to look back later and say, “I wonder if I could have…” So he made the rounds, worked at odd jobs and just tried to keep busy. He’s been busy ever since.

Goodman went to Southwest Missouri State intending to play football, but an injury led him to switch his major to drama. He never returned to football and graduated with a degree in Theatre.

Goodman recently made his West End debut starring alongside Damian Lewis and Tom Sturridge in the revival of David Mamet’s 1975 play “American Buffalo” at the Wyndham’s Theatre in London.

Goodman’s next film is the Warner Bros release, “Kong: Skull Island,” opening in theaters nationwide on Friday, March, 10th.  His upcoming films also include David Leitch’s thriller “Atomic Blonde” and lending his voice to Luc Besson’s sci-fi adventure “Valerian and the City of a Thousand Planets.”

In 2013, Goodman starred in Ben Affleck’s drama “Argo,” which won the Academy Award for Best Picture, and in Robert Zemeckis’ thriller “Flight.” That same year he won the 2013 National Board of Review Spotlight Award for his work in “Argo,” “Flight” and “Trouble with the Curve.” Goodman was also seen in the black-and-white silent feature “The Artist,” which won the 2012 Academy Award for Best Picture.  He earlier received a Golden Globe nomination for Best Supporting Actor for his performance in the Coen brothers’ film “Barton Fink.”

Among Goodman’s many accolades are a Golden Globe Award for Best Actor and seven Emmy nominations for his role in “Roseanne.” He also earned Emmy nominations for his starring roles in TNT’s “Kingfish: A Story of Huey P. Long” and in the CBS production of Tennessee Williams’ “A Streetcar Named Desire.” In 2007, Goodman won his second Emmy, for Outstanding Guest Actor, on “Studio 60 on the Sunset Strip.”

He has lent his voice to many animated films, including “Monsters, Inc.,” “Monsters University,”“The Emperor’s New Groove,” “Tales of the Rat Fink” and “The Jungle Book II.” He also voiced a main character in NBC’s animated series “Father of the Pride.”

Goodman starred on Broadway in “Waiting for Godot,” for which he received rave reviews as Pozzo. His other stage credits include many dinner theatre and children’s theatre productions, as well as several off-Broadway plays. His regional theatre credits include “Henry IV, Parts I and II,” “Antony and Cleopatra,” “As You Like It” and “A Christmas Carol.” He performed in a road production of “The Robber Bridegroom” and starred in two Broadway shows, “Loose Ends” in 1979 and “Big River” in 1985.

In 2001, Goodman starred in the NY Shakespeare Festival Central Park staging of “The Seagull,” directed by Mike Nichols. The following year he appeared on Broadway in the Public Theatre’s “Resistible Rise of Arturo Ui.”

The Hollywood Walk of Fame is an internationally recognized Hollywood icon. With approximately 24 star ceremonies annually broadcast around the world, the constant reinforcement provided to the public has made the Walk of Fame a top visitor attraction. The Hollywood Chamber of Commerce continues to add stars on the Walk of Fame as the representative of the City of Los Angeles. The Walk of Fame is a tribute to all of those who worked diligently to develop the concept and to maintain this world-class tourist attraction. The Walk of Fame is open to the public. No paid admission or assigned seating at star ceremonies.It is understood that the cost of installing a star on the Walk of Fame upon approval is $30,000 and the sponsor of the nominee accepts the responsibility for arranging for payment to the Hollywood Historic Trust, a 501(c)3 charitable foundation. The funds are used to pay for the creation/installation of the star and ceremony, as well as maintenance of the Walk of Fame. Download the official app for iPhones and Android devices at http://officialhollywoodwalkoffameapp.com 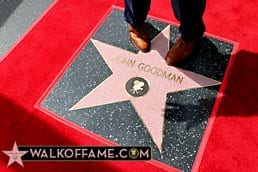