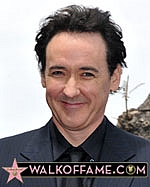 John Cusack Honored with
Star on the Hollywood Walk Of Fame

The Hollywood Chamber of Commerce proudly welcomed actor John Cusack to the Hollywood Walk of Fame as he received his star on Tuesday, April 24th at 11:30 a.m. in front of Larry Edmunds Bookshop. Why place the star in front of a bookshop? In his latest role, Cusack stars as the infamous author Edgar Allen Poe in Relativity’s upcoming stylish, gothic thriller The Raven.  In theatres April 27th, the macabre and lurid tales of Poe are vividly brought to life and death, when a madman begins committing horrific murders inspired by Poe’s darkest works.Directed by James McTeique (V for Vendetta) from a screenplay by Hannah Shakespeare (Loverboy) & Ben Livingston (Bruce Almighty). The Raven was produced by Film Nation’s Aaron Ryder, Intrepid Pictures’ Marc D. Evans and Trevor Macy.

With an impressive body of work spanning the course of two decades, Cusack has evolved into one of Hollywood’s most accomplished and respected actors of his generation, garnering both critical acclaim as well as prestigious accolades for his dramatic and comedic roles.

Cusack will also be seen next in Lee Daniels’ The Paperboy and has recently starred in Hot Tub Time Machine, which he also produced through his New Crime Productions banner, as well as  Roland Emmerich’s 2012. Later this year, Cusack will star opposite Nicolas Cage in Frozen Ground.

Cusack first gained the attention of audiences by starring in a number of 1980s film classics such as The Sure Thing, Say Anything, Sixteen Candles and Better Off Dead. The actor would shed his teen-heartthrob image by starring in a wide range of dramas, thrillers and comedies including The Grifters, Eight Men Out,Being John Malkovich, Grosse Pointe Blank and High Fidelity, which he was nominated  for a Golden Globe Award® for Best Performance by an Actor in a Comedy or Musical.

On the small screen, Cusack starred in HBO’s telefilm “The Jack Bull,” a traditional Western written by his father Dick Cusack. He also served as executive producer on the film. 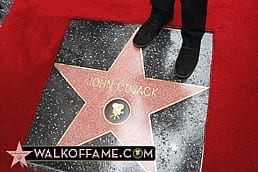